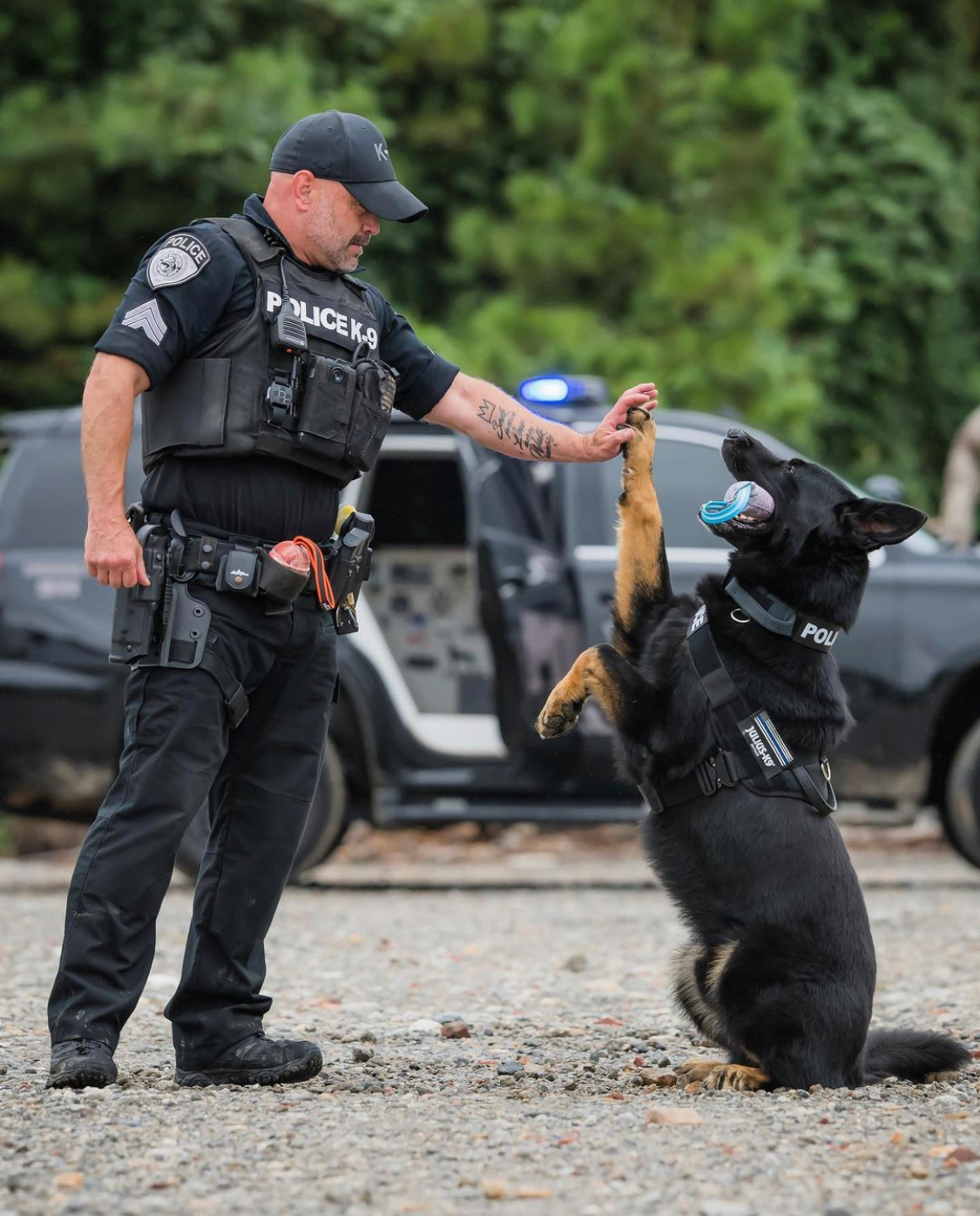 Today we honor first responder dogs, active & retired, and their hard work and sacrifices to rescue people and keep us safe.

National First Responders Day, coming up on October 28, a time to honor the brave men & women who arrive on the scene of natural disasters and human destruction.

Dogs are a big part of this effort and often are not as celebrated or known. Today we honor those first responder dogs, active & retired, and their hard work and sacrifices to rescue people and keep us safe. 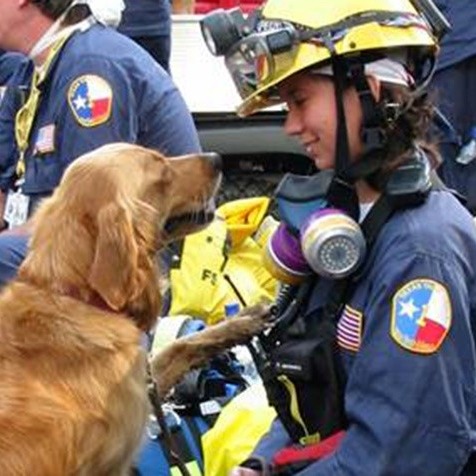 There are dozens of dogs that helped after the attacks of 9/11 to search for survivors and bodies among the rubble in NYC and Washington, DC. We featured the first search and rescue pup at the scene, German Shepard, Apollo, a few months back but Bretagne is perhaps the most famous of all of them. She was 2 years old at the time of the attacks and worked tirelessly with her handler Denise Corliss, a volunteer firefighter, to find people at the World Trade Center site. She was a FEMA-certified canine who worked on rescue missions for Hurricanes Katrina, Rita, & Ivan. She passed away June 2016 and as she was taken from the animal hospital, firefighters as well as search & rescue workers lined the sidewalk saluting her. RIP Bretagne.

Rocket was rescued from the Sacramento SPCA where he was on the euthanasia list because his high energy made him seem unadoptable. With training & his handler’s help, Rocket has turned that energy into a full time search & rescue career with the Search Dog Foundation, serving on missions throughout the country. When he’s not on missions, he serves with his handler Mike Stornetta at the Sonoma Country Fire District. He has been deployed on missions as a first responder to a CA plane crash, Hurricanes Harvey & Irma, as well as mudslides in Montecito, CA & Sausalito, CA. 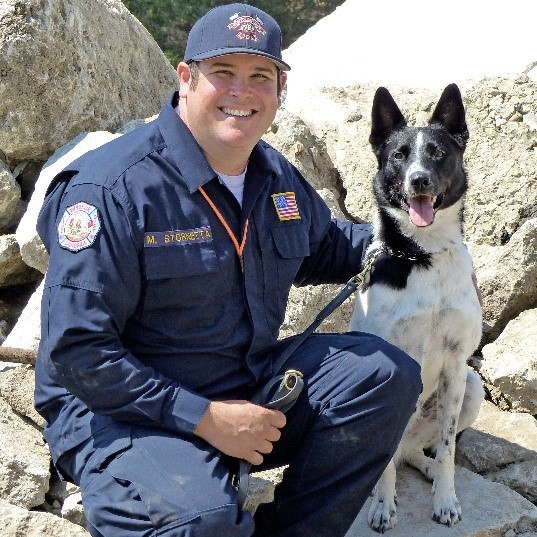 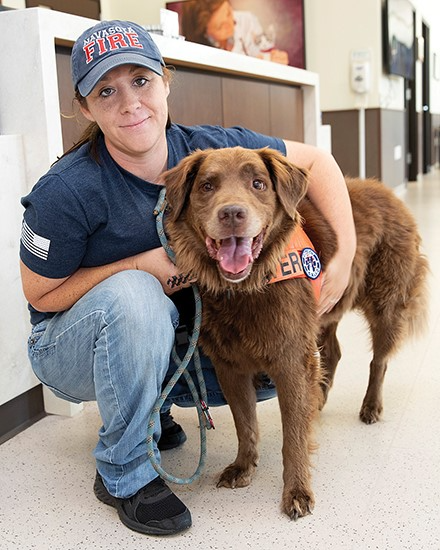 Certified in finding human remains, Remington is a certified search & rescue dog that worked across the country on missions as part of the K9 SAR’s organization. He worked high profile missing person cases as well as Hurricane Harvey. When we was not on these special missions, he served first in the New Caney Texas Fire Department and then the Navasota Texas Fire Department. In 2019, he was medically retired due to cancer. He is now a tripod, but lives happily with his handler, Rachel Crivelli. He is nominated for the 2020 American Humane Hero Dog Awards.

Mattis has been serving with the Alpharetta Georgia Police Department for 9 years. In that time, he has helped get narcotics off the street and worked on more than 100 arrests. He was injured in 2016 after jumping over a 30-foot retention wall to run down a suspect. He had a lacerated liver and lung contusion, but made a full recovery and still serves on the force. He was awarded a Purple Heart from the Alpharetta Georgia Police Department and the AKC Paw of Courage. 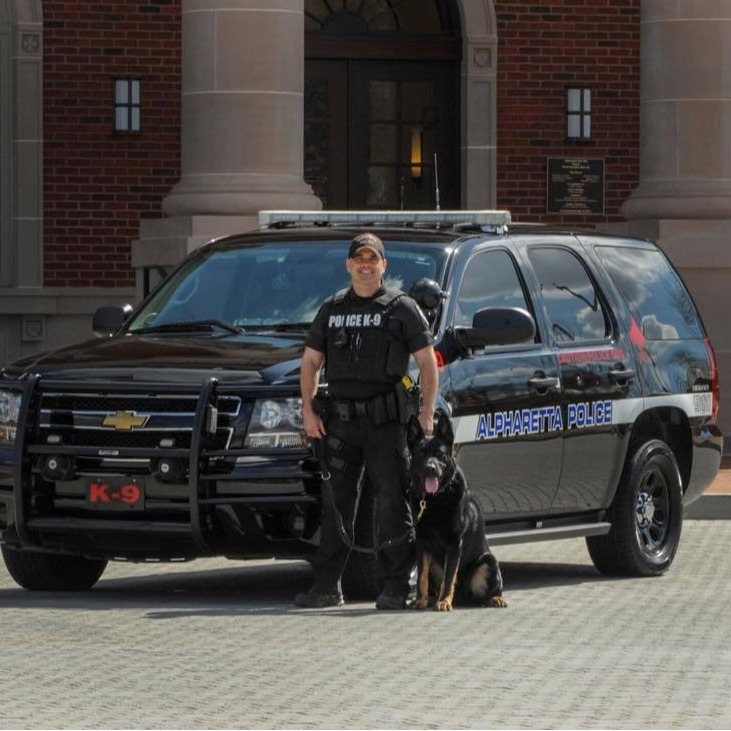 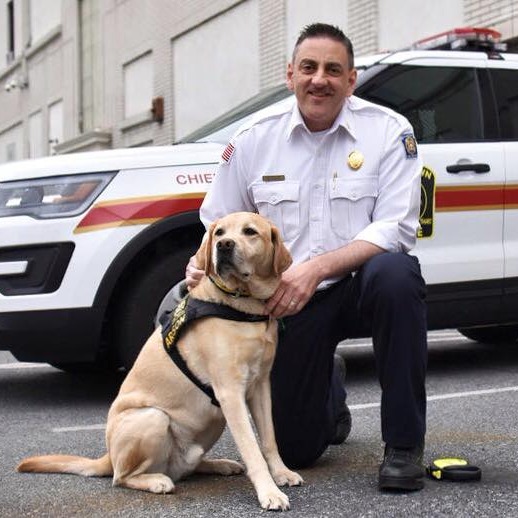 Judge has served with the Allentown Fire Department since 2011. He is trained for investigating arson and has been credited with helping the town drop arson rates by over 50%! Judge is capable of smelling 61 accelerants with little more than a drop of the chemical. Judge also participates in 100s of fire education programs at schools. He received the Arson Dog of the Year award from State Farm Insurance as well as a Hero Dog Award from American Humane.

Max joined the police force in 2019 to do both narcotics & criminal apprehension along with 6 other German Shepherd dogs. Max is credited with many narcotics arrests. However, In pursuit of a suspect, Max, was shot twice. He made a full recovery, but had to retire and now lives permanently with his handler Corporat Gruner. He has received the AKC Paw of Couage award & recognition from the Veterans of Foreign Wars for his bravery. 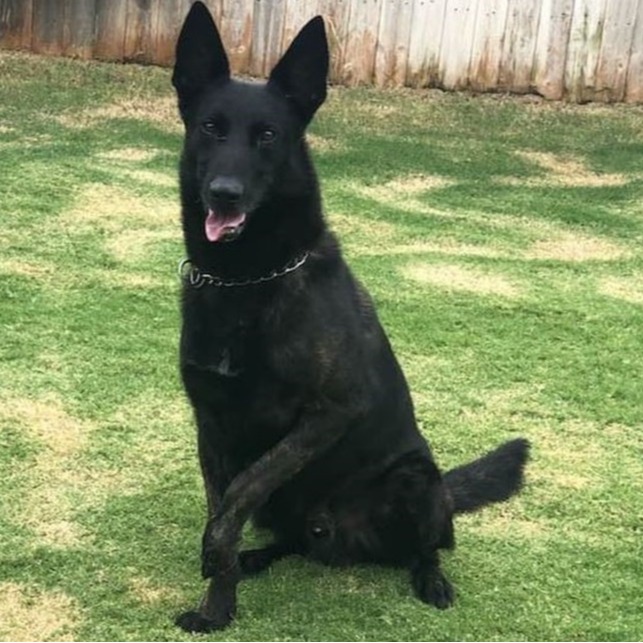 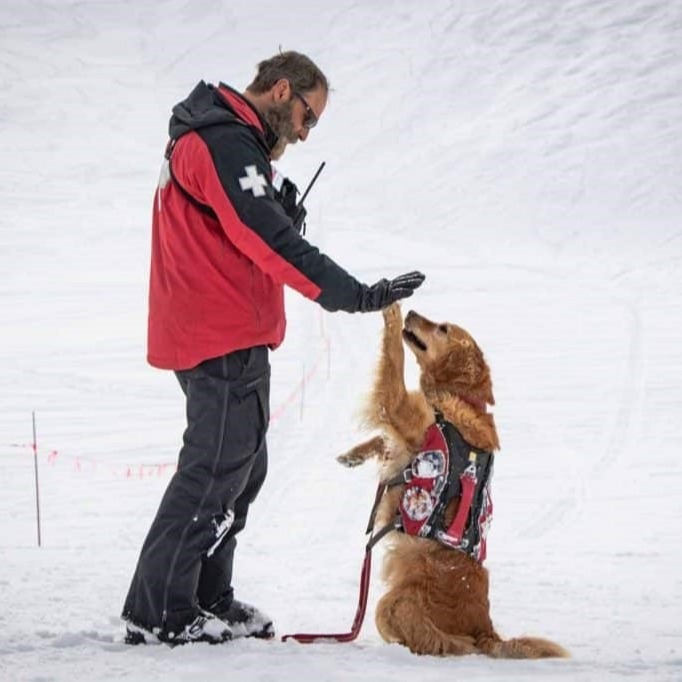 Recco served as an avalanche search & rescue dog for both Copper Mountain & Arapahoe Basin ski areas as well as on special missions throughout the West. During the summers, she assisted with search and rescue of hikers and campers on the mountains. It’s estimated she participated in over 80 missions including more than 20 body recoveries. Her veteran status also meant she trained many humans to become handlers of search & rescue dogs. She died recently in October 2020 of cancer. RIP Recco

Rony served for 7 years with the Houston PD. He’s a Belgian Malinois and was certified in patrol work as well as explosive detection. He is credited with 250 apprehensions and 11 gun finds in his career. He patrolled major events like the NBA Allstart Game, Superbowl, Final Four, and World Series to ensure there were no bombs. Rony was killed in the pursuit of a suspect in 2018. 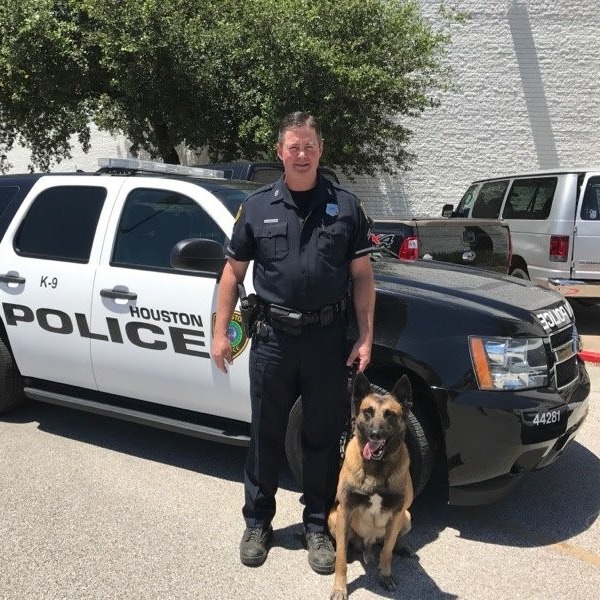 Do you have a working dog serving as a first responder? We would love to hear more about them. Email us at support@spotonfence.com and tell us more! 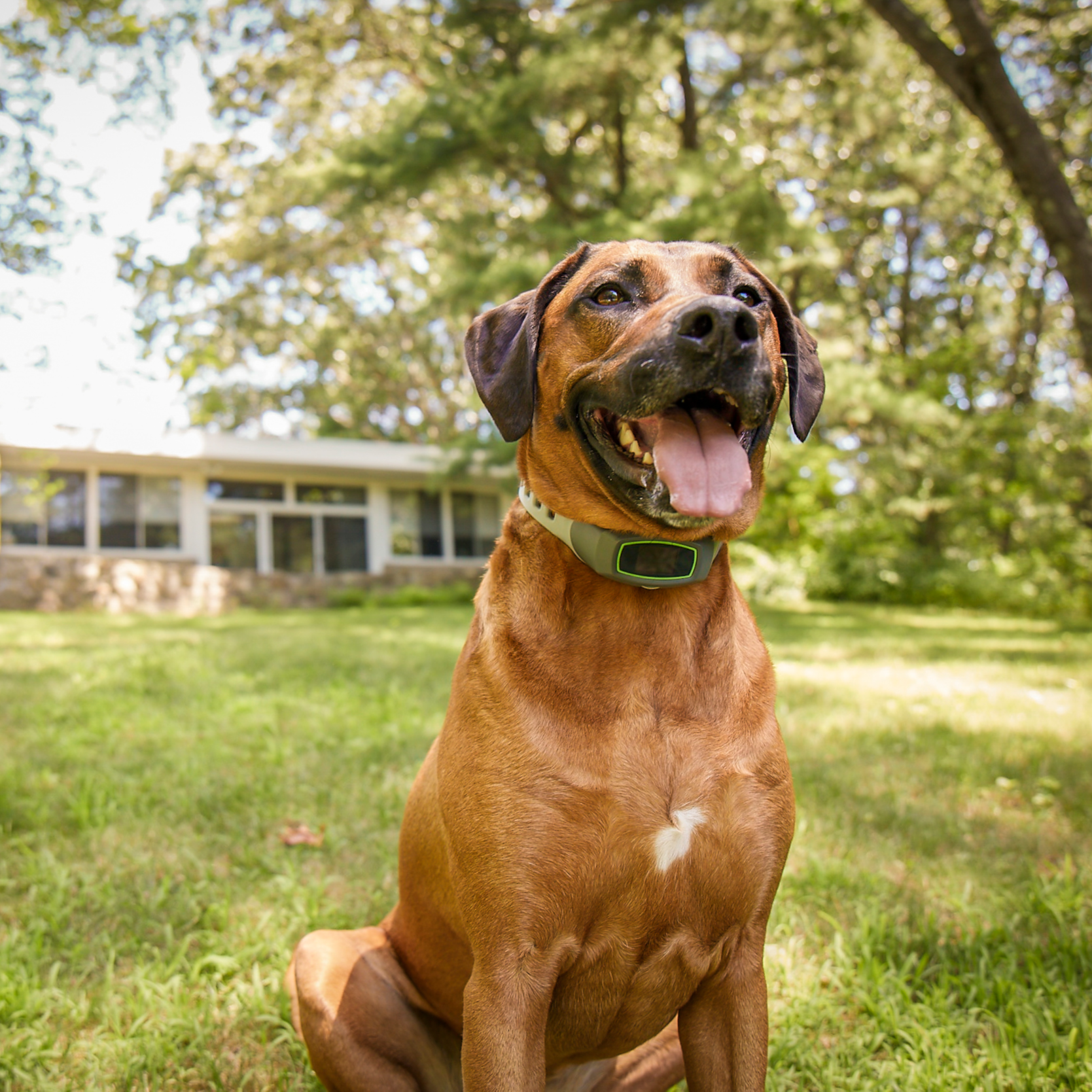 In this time of social distancing, we are all looking for fun things we can do at home to provide... 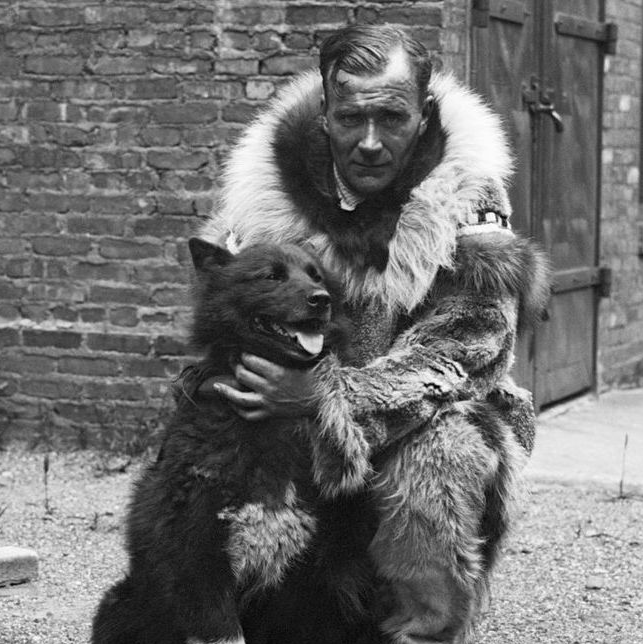 But there are a few notable historical pooches that just might give Fido a run for his money! Dig in to learn more about the five historical pups that recently caught our eye.... 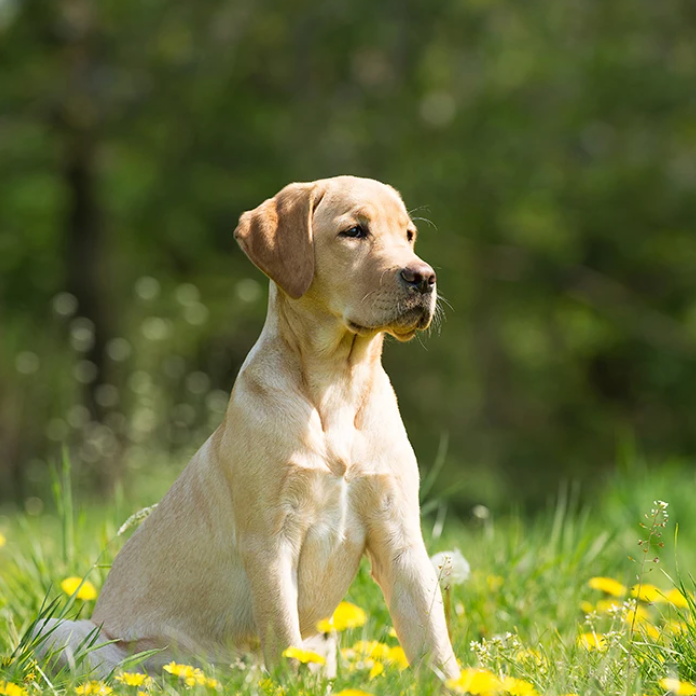 Ask the Expert: How do I get my dog to ignore distractions when training outdoors?

You can't always ensure a distraction-free environment, which can certainly make training more challenging for both you and your pup. With distractions, you are competing...