What Does Breed Have To Do With It? Part One: Understanding Instinct Biddability in Dogs 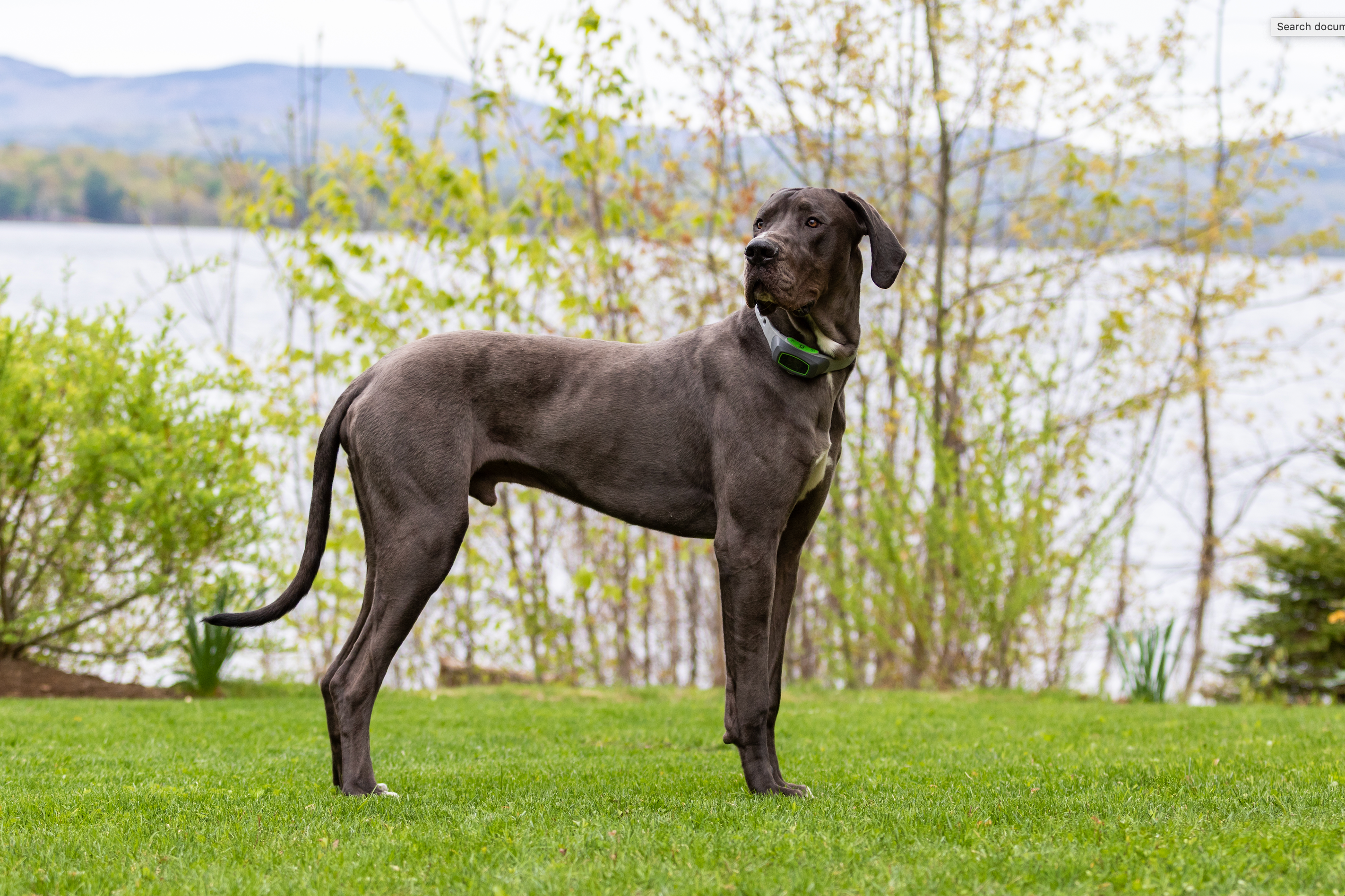 In this three-part series SpotOn Trainer, Nicole Skeehan, explores what makes our dogs tick and how use that to your advantage.

I was recently called in to help a young family with their newly adopted dog. I arrived at the house to meet Baxter, a purebred beagle so handsome that he looked like he could have stepped out of the ring at the Westminster Kennel Club Dog show.

I started the session as I do all new client visits; taking a quick history about the dog and the client’s experience of ownership.  Then I delved into the issue that I was called in to address.

The shelter assessed Baxter to be about 2 years old, but nobody was really sure as he was found as a stray dog with no tags or microchip. Baxter was friendly with the family’s toddler, shared his food and toys, and was doing ok in the basic obedience class they signed him up for (mostly because like a good beagle, he will do anything for a cookie).

So why was I here?

Because despite working on the “come” cue in school, Baxter had a tendency to wander out of the family’s yard to explore the neighborhood.

The family was at a loss, they had a 4-foot fence around their property, a good-sized yard, and mom took Baxter for vigorous daily walks to burn his energy.  So why was he finding trouble when she put him outside while she cleaned and answered emails?

My answer was twofold: 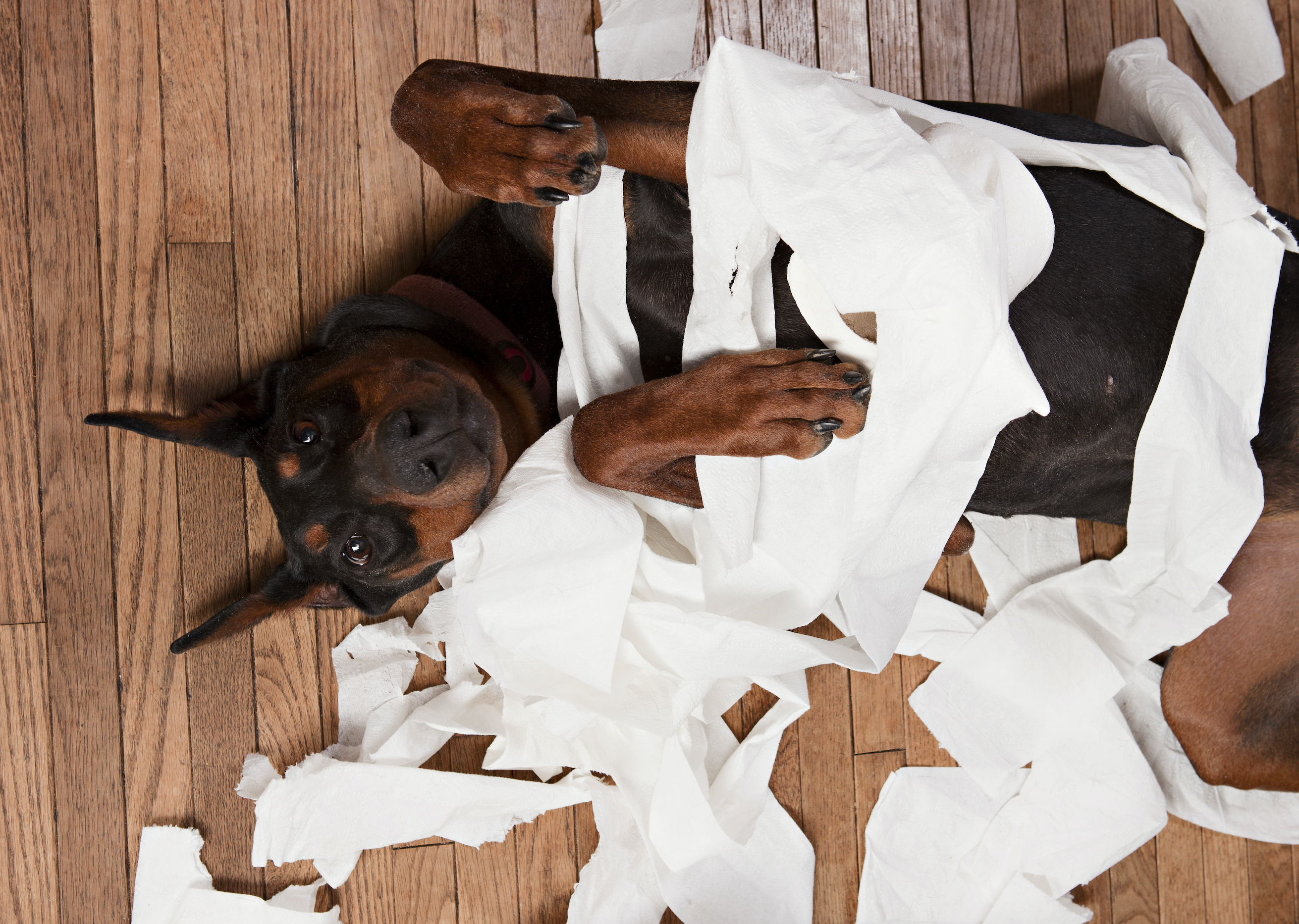 It’s well known that boredom in dogs causes all kinds of behavior problems.  Behaviors like being destructive in the house, wandering, digging, and barking often stem from a lack of stimulation.  But how could your dog’s breed or mix determine which boredom behavior your dog is likely to exhibit? And how can you use your dog’s breed type to build an effective and appropriate behavior plan?

Before the onset of designer mutts and pocket pets, dogs actually had careers. Jobs like hunting, tracking, herding and protecting livestock, and ridding the farm of pests were just a few of the vocations that hard working canines held.  And back in the day when farmers, hunters, and royalty relied on the service of dogs as working partners, they created breeds to serve a specific purpose . . .even if they did have some interesting characteristics. So the short legs of a dachshund that allow him to fit into the smallest hole in the ground, the long ears of a bloodhound that whisk the scent from the ground to their nasal passages, and even a Labrador’s oily coat that wicks away water from his skin were all intensified in order to help those dogs do the jobs that they were intended to do.

So if you look into the history of your chosen breed’s purpose, it’s easy to glean some insight as to why your dog is doing what they are doing!  And much of it comes down to three factors, working instinct, cognition, and biddability.

There are tons of resources out there that tell you exactly why your dog was bred. Even just a quick google search for “What were beagles bred to do” will tell you that they are a small scent hound bred to flush and track small game including rabbits. In layman’s terms, a beagle is bred to trail a small animal, following its scent over various terrains until they’ve got it cornered. Then the dog would stay there until the hunter eventually finds them, grabs the animal, and loads the trusty beagle back into his truck until next time. According to The National Beagle Club of America, “Beagles are scent hounds, bred for many, many generations to follow a scent.” No wonder Baxter was wandering. 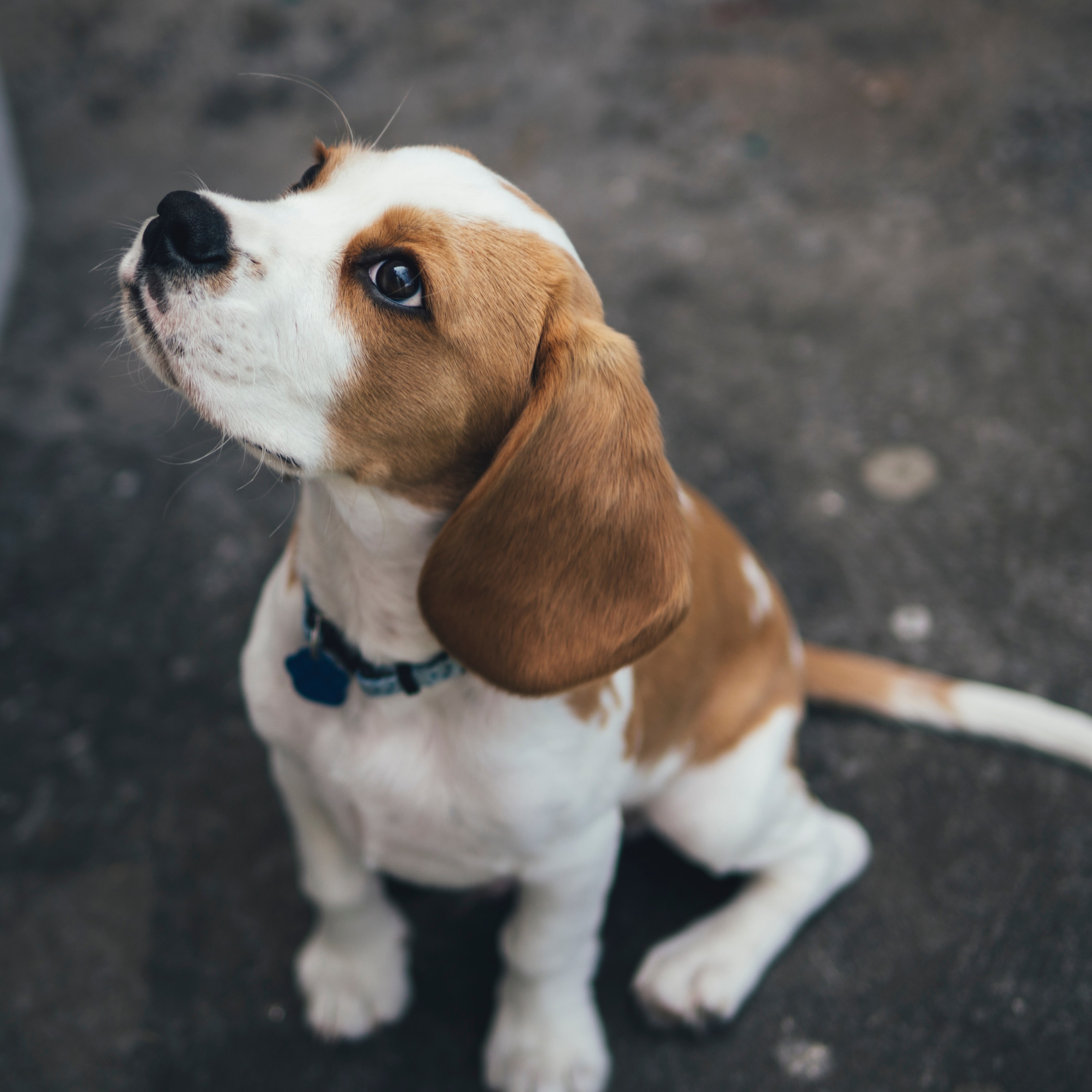 Working instinct is how well suited an animal is to perform the job that it has been bred to do. While most purebred dogs were originally bred for a purpose, for hundreds of years we have now been breeding dogs to make great “pets,” and the natural working instincts have been watered down. However today, with any breed of dog being easily accessed with a quick search of the internet, dog professionals are seeing dogs come into our practices that are still very natural to what they were originally intended to do.

So while you may feel cool because you have the only Entlebucher Mountain Dog on the block, these dogs come with a high working intelligence. Why? Because if you have one, they’ve likely come straight off of the farm and into your house.  And when you buy a dog whose parents spend 14 hours a day on a farm herding cattle like this, it’s likely that the apple won’t fall far from the tree, and some of those inherent working characteristics will come out in your home. Renowned psychologist and researcher Dr. Stanley Coren explains more about working intelligence here.

Derived from the Latin word “cognito” which means “to think”, cognition references the dog’s problem solving skills. Cognition relates to any activity of the brain involving conscious thought or basic neurological processes. So a dog with a high level of cognitive intelligence is a whiz at solving problems or puzzles.

While it sounds attractive to have a dog with high cognitive intelligence, think twice before buying the smartest pup on the block.  Problem solving ability is it’s own beast.  And one that you’ll have to harness for its positive qualities. . . before your dog gets themselves into trouble.

A dog that is deemed “biddable” has a personality that wants to work in partnership with you to achieve a shared goal.  He values rewards that you can deliver.  And he is willing to learn along with you. If you ask nicely, he may even do your bidding for you. Dogs who were bred to work in conjunction with humans to achieve a common goal, for example, retrievers and pointers who fetch birds, or collies who follow direction to herd sheep are dogs who generally have great listening skills and thrive on praise from their owners. 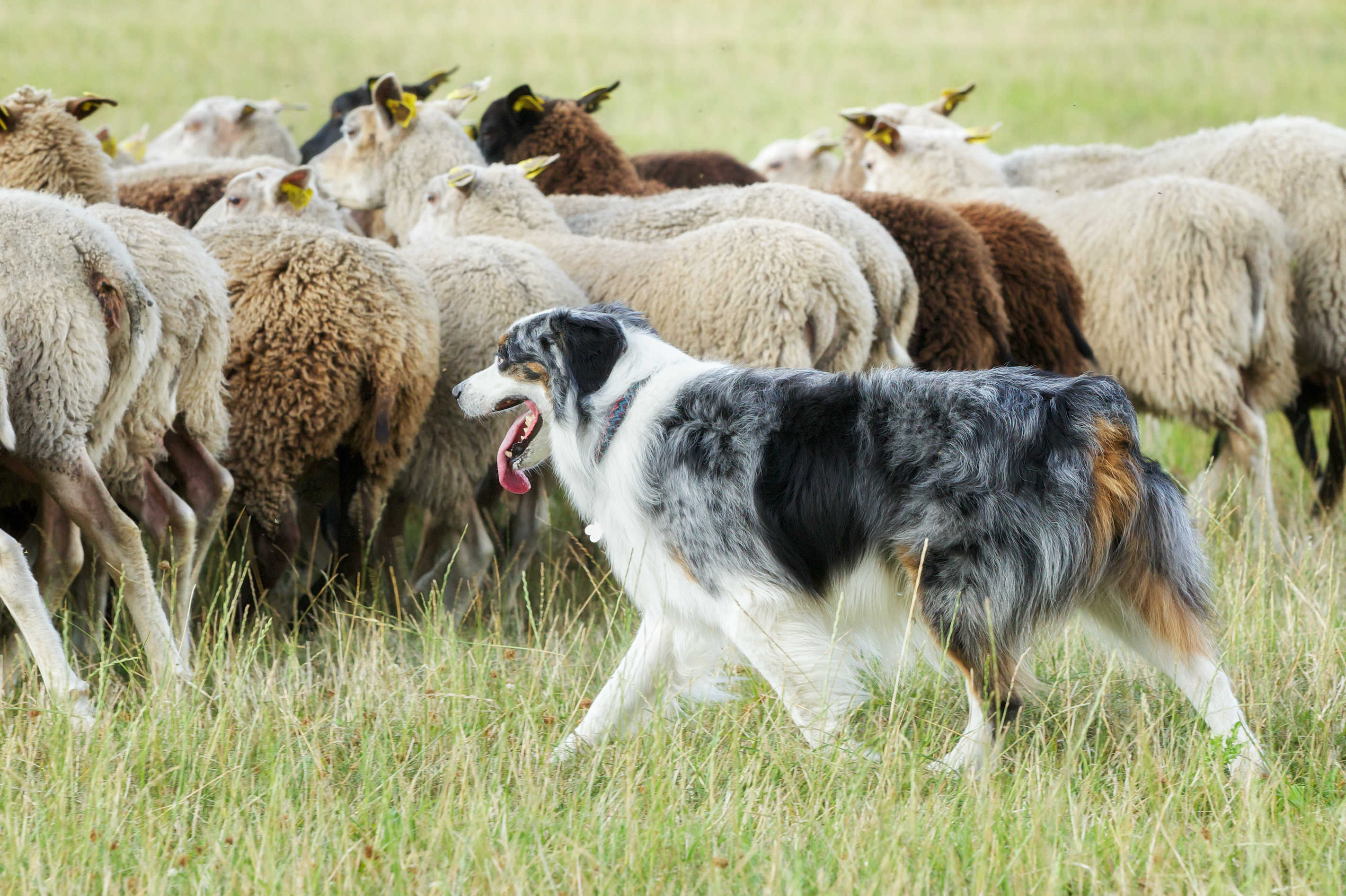 As opposed to dogs who are less biddable. These dogs were bred to get their job done independently of their owners.  Think terriers who were bred to stay in the barn and kill mice, Livestock guardian dogs like Great Pyrenees who were bred to live amongst the flock and protect them from predators, Mastiffs who were bred to guard palaces, and yes, even beagles!  Beagles who were bred to follow a scent to the very end. These individuals are able to self-reward via their environment and aren’t look for any kudos from a human.  If what you want to do lines up with what they want to do. . . fine.  But if not, they can be very difficult to motivate. For a comprehensive view of breed biddability, check out Dr. Coren’s book, The Intelligence of Dogs.

So what does a Beagle left to his own devices in a suburban neighborhood do? That’s right; catch a whiff of something more exciting than anything inside of the fence, and follow the trail it until it ends.  We can even deduce that this Beagle, in particular, has quite the history of following his nose into trouble as he was found as a stray.  Clearly he is a repeat offender!

In our next blog post, we’ll learn to identify how your dog falls into these three categories so that you can learn what makes him tick. 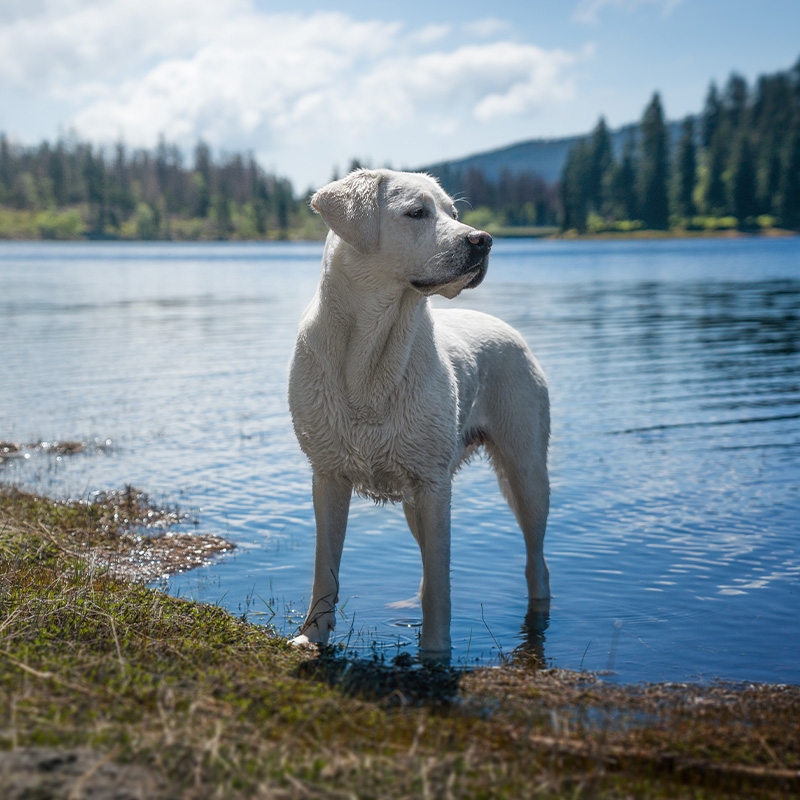 What Does Breed Have to Do With It? Part Two: Determine Your Dog's Strengths

In this three-part series, SpotOn Trainer Nicole Skeehan explores what makes our dogs tick and how use that to your advantage. 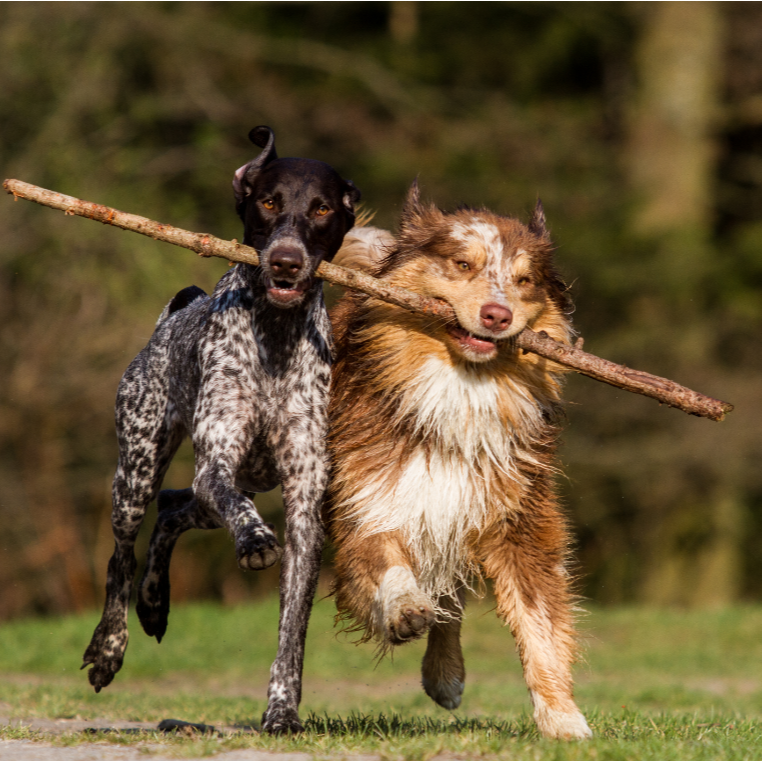 As dog breeds populate over generations, they start to pick up distinct behaviors and characteristics... 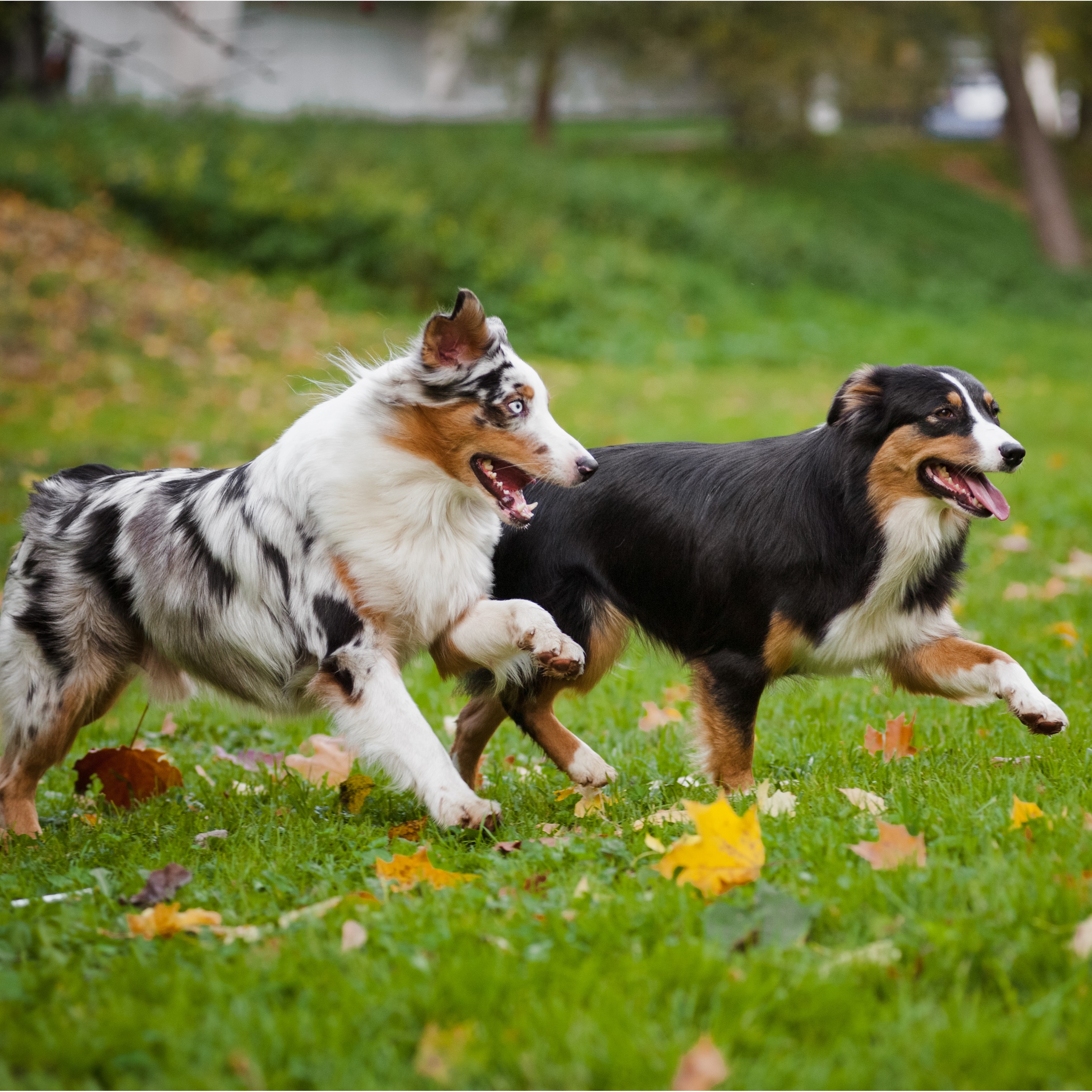 What Does Breed Have to do With It? Part Three: Training & Managing Natural Inclinations

In this three-part series, SpotOn Trainer Nicole Skeehan explores what makes our dogs tick and how use that to your advantage.