Cooper is a Christmas pup who was given to Kourtnie’s 6-year-old son! Though the family has never had a Beagle, they’ve heard amazing things about them - especially with kids. The two are inseparable and it was a Christmas they will never forget. 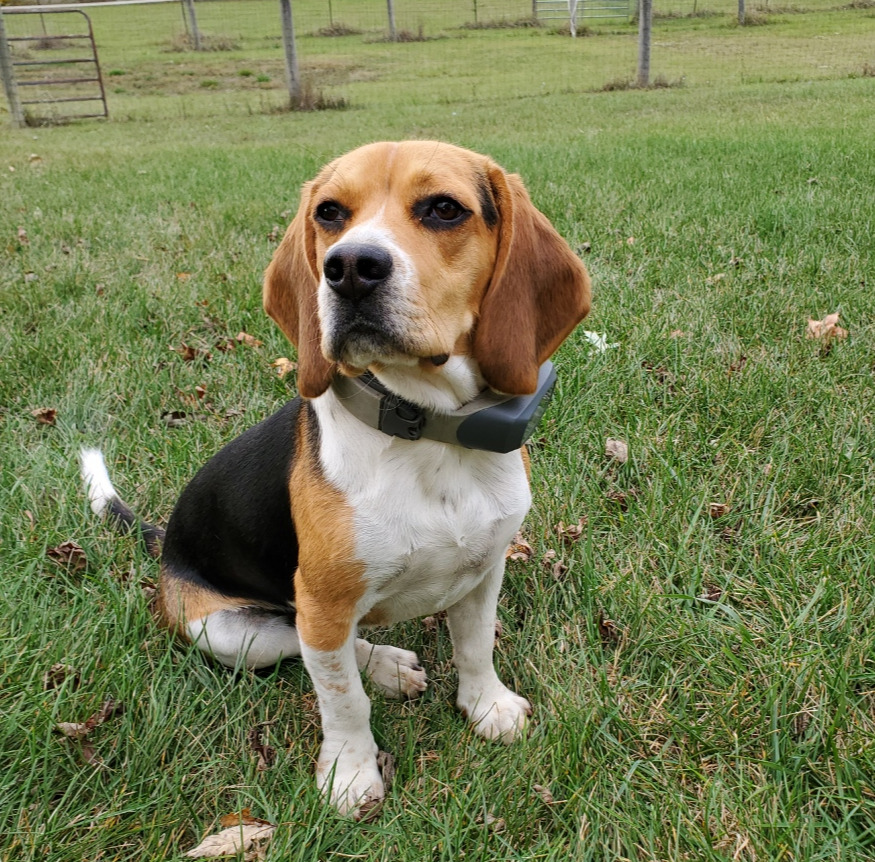 "My relationship with Cooper has done a complete 180°! Everyone in the household is happier. Our house has complete peace now.”
- Owner, Kourtnie C.

Cooper is a very spunky and mischievous pup. He loves all the attention he can get and will do absolutely anything to get it! Whether it’s tapping you, tossing his toys at you, or even pulling on your clothes so he can get some additional loving, you name it and he will do it.

His hound nose often gets him in trouble. He can be a naughty boy when it comes to food, and he knows it too! One time, after the football game, the family went outside for a split second just to find that Cooper had somehow found a way to get up onto the counter and ate a good bite of brisket!

Cooper absolutely loves spending his time outside and putting his nose to work. He enjoys tracking scents, including their other dog and barn cat! More recently as he’s gotten older, the family has found that he’s been tracking other critters as well and even caught a mole! Living out in the country, moles aren’t a rare sight – which keeps Cooper happily occupied. 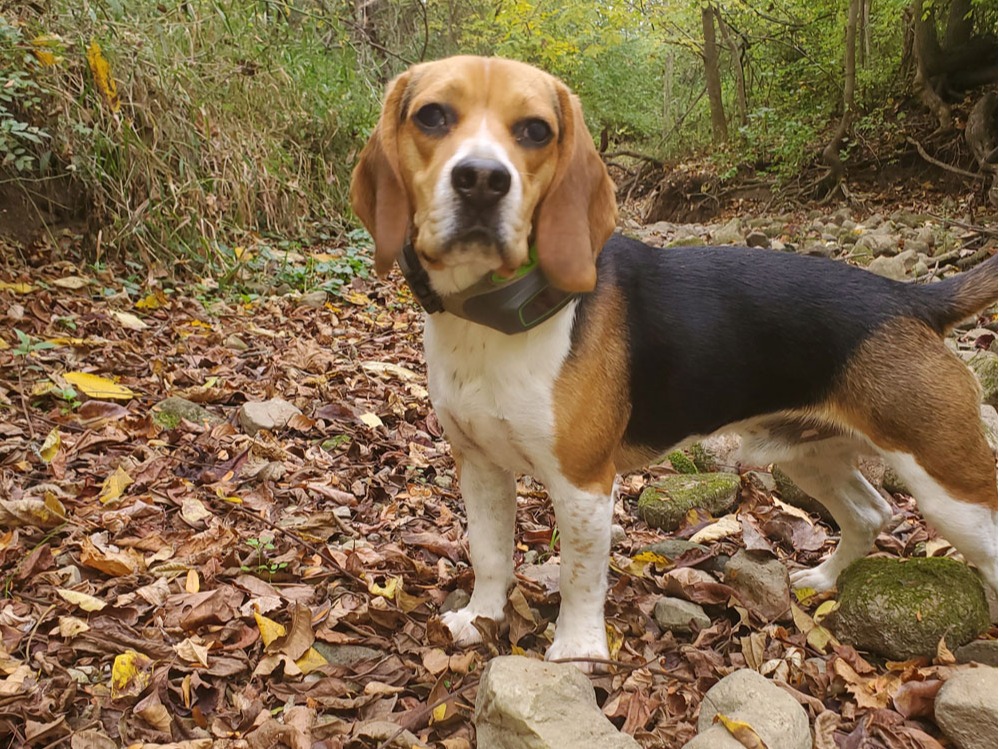 Before SpotOn, Kourtnie’s life was very worrisome as she always had to keep a constant eye on him. She felt very stressed due to the extra energy he had by not getting outside enough. The family had no choice but to keep him on a chain, and he absolutely hated it. It was a sad sight watching him be tied up even though they had so much land. Now, with SpotOn, Cooper has 5.5 acres of land to roam!

"I love the freedom that both him & I gain from this system! He's a completely new dog & has saved me from the anxiety & stress of not having to have my eyes on him at all times."
– Owner, Kourtnie C.

Cooper enjoys spending his time at the creek in their back yard. Without the collar, Kourtnie would never let him go that far because she wouldn’t be able to see him from the house. Now you can find him freely splashing around in the creek, though he hasn’t taken an interest in swimming yet.

Kourtnie also enjoys the portability feature of the collar as well and makes frequent visits to her sister’s house for doggy play-dates! 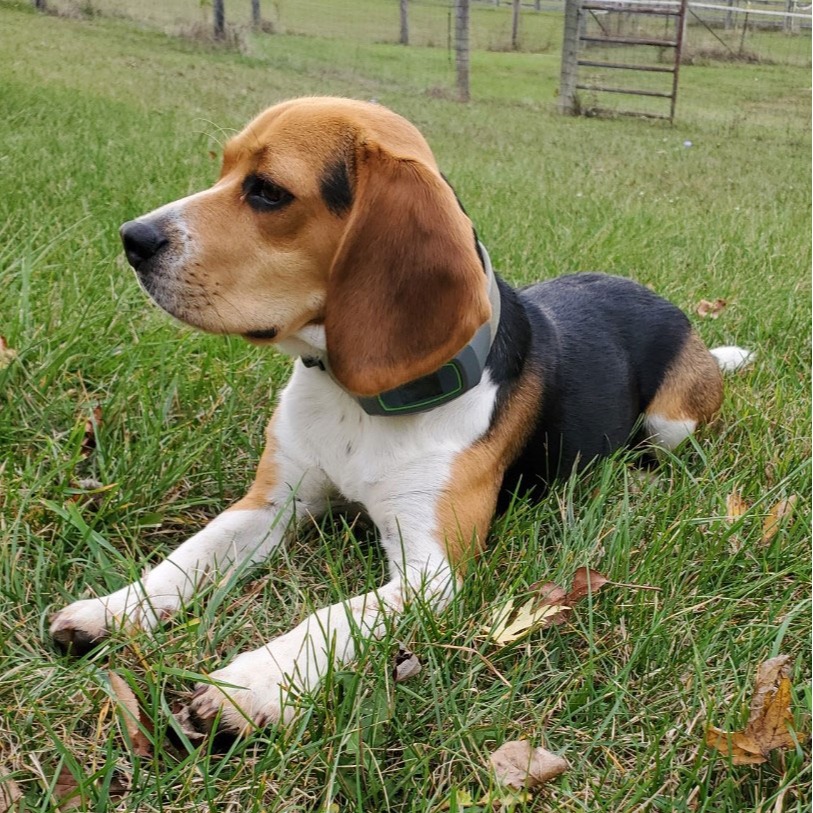 “Now whenever I go to my sister’s house I can bring him, activate a new map and I no longer have to leave him at home! He comes with me more often with this feature.”

Cooper gets very excited to go to his aunt’s house because he has 5 other dogs to play with! They wear each other out by wrestling with one another, playing with toys and the kids non-stop. After a long day of running around and playing tug, they will lay outside in the sun and the cat will join too and nap together. Cooper always gets completely pooped and falls right asleep on the way home.

He has many more adventures to look forward to this summer. Now that he is older, the family plans on taking him on many new hiking adventures at Deer Creek State Park and Hocking Hills State Park.

Roaming the farmland, away from the busy road – Luna & Penelope’s Story

Meet Luna & Penelope from Cambridge Springs, Pennsylvania! SpotOn allows for them to be... 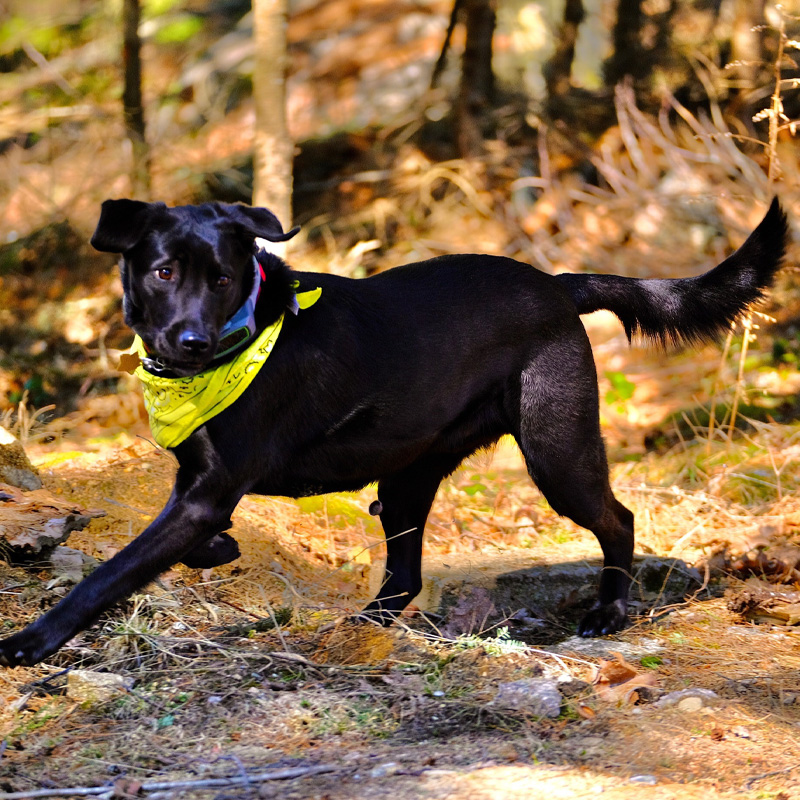 Now with SpotOn Virtual Fence, Bean’s family is relieved to be able to let him out when he wants, without having to worry. 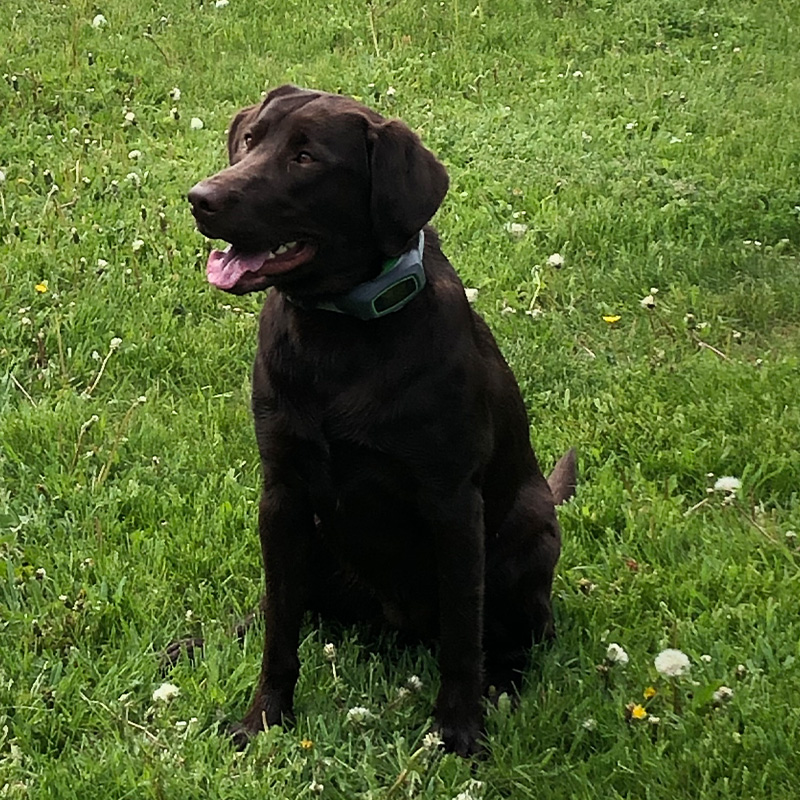 When the Bosma's first brought Cali home, they didn't think they'd need a containment solution; but then she caught a whiff of a rabbit and off she ran!