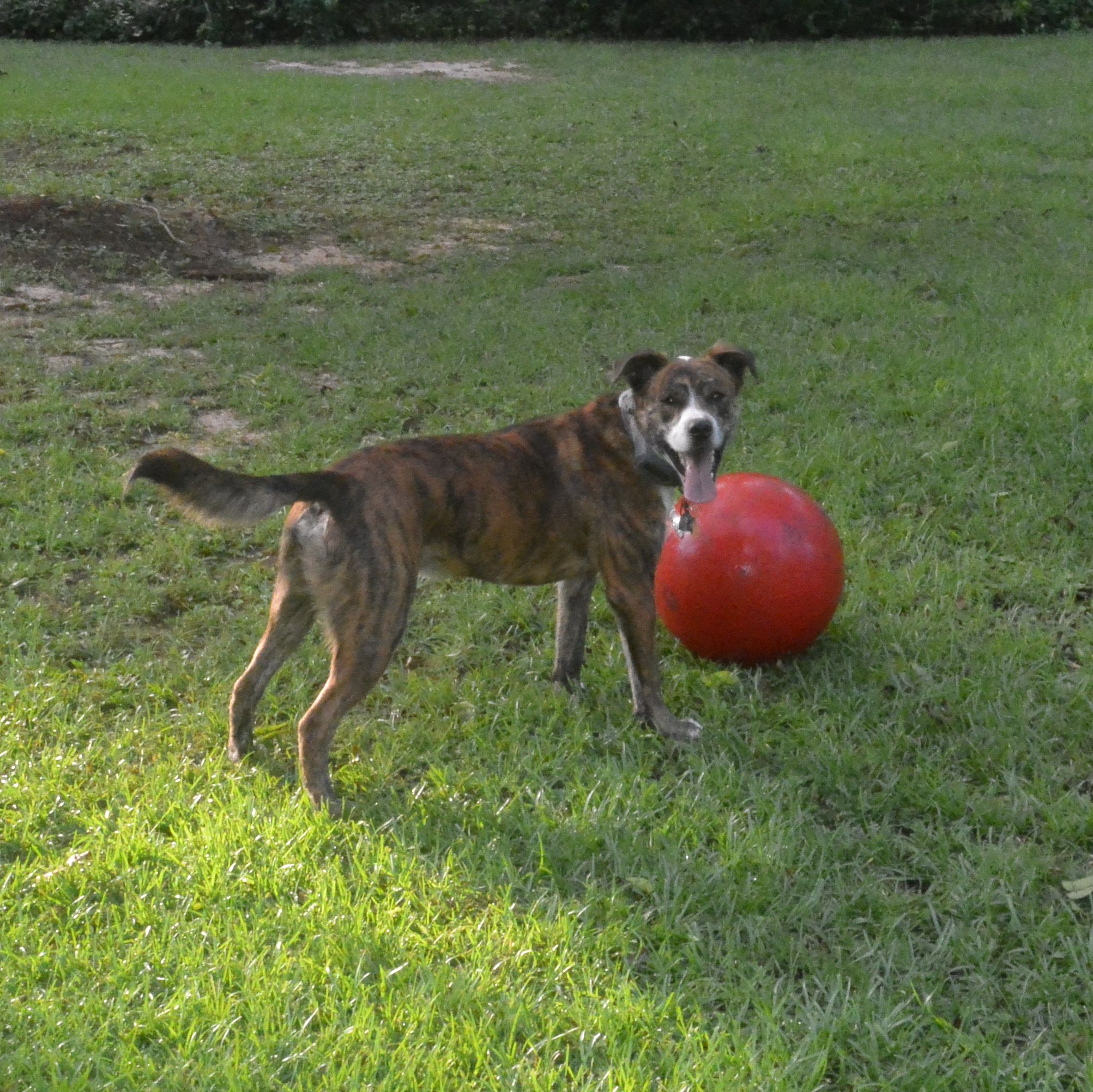 All it took was one look at this American bulldog and German Shepard mix puppy for Mathew to fall in love. He brought him home and named him Bernard, after the Saint Bernard breed he resembles. 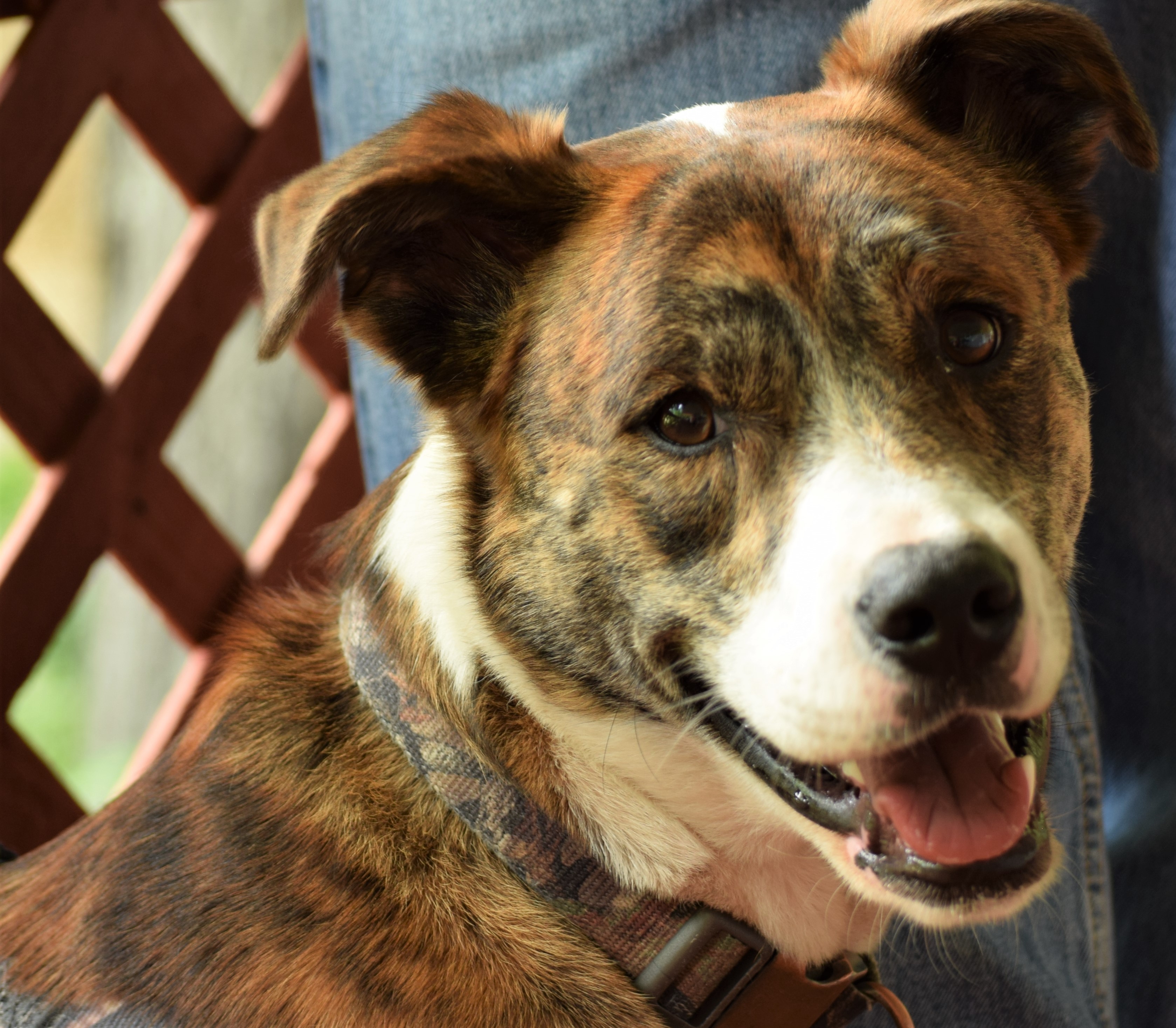 The happiest, most energetic pup you'll ever meet.

Bernard loves going for car rides and has actually figured out how to lock the doors of Mathew’s truck; Mathew learned the hard way that he needs to carry a spare key with him! Another favorite activity of Bernard’s is chasing balls. He gets extremely excited whenever Mathew grabs a golf club because he knows he gets to chase after the balls as he hits them. He also barks for joy whenever Mathew shows him his big red ball. It puts a big smile on Mathew’s face to see him having fun playing with his toy in the front pecan tree field… Bernard will actually make himself dizzy running around pushing it with his snout!

Loyal and brave Bernard absolutely loves to roam the outdoors and chase off any intruders. He has chased wild hogs out of the woods, has learned the math concept behind the "angle of attack” while chasing squirrels, and has even cornered a poisonous Copperhead snake, making sure to bark loudly to alert everyone of what he had found. Before the SpotOn Virtual Fence, Bernard would frequently run off to visit the neighbor’s dog and wander far into the woods of his backyard. As Bernard became more curious about his surroundings, his sniffer would take him deeper and deeper into the forest. This made Mathew very nervous, worrying that he was getting too far out and would eventually find himself into trouble.

“It just puts a smile on my face watching him play with a huge red ball in the front pecan tree field. He will actually make himself dizzy running around pushing it with his snout...” - Mathew Burns, Owner 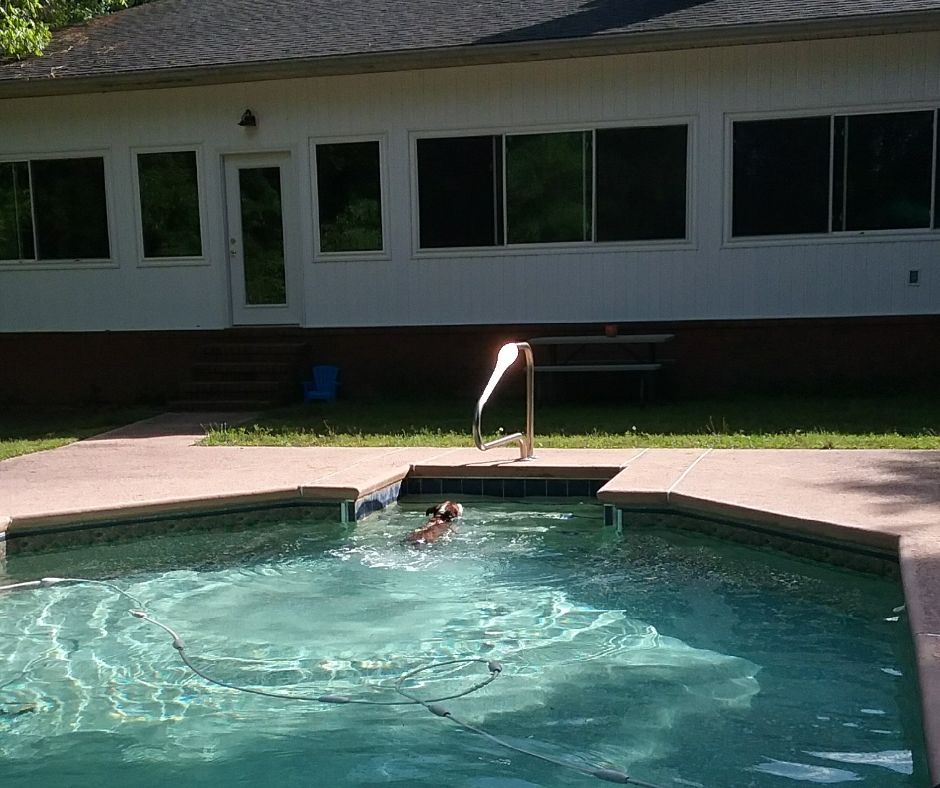 SpotOn has been great solution for adventuring at home and on the road.

Urgently looking for a containment solution that allowed his pup the freedom to roam the backwoods, Mathew was happy to learn about SpotOn Virtual Fence and its custom mapping feature. Using the SpotOn system, Mathew was able to give Bernard 10 acres of field and natural forest to explore! His perimeter is set up to keep him out of the deep woods and closer to the house.

Since SpotOn allows Mathew to create up to 10 custom maps, he has also set Bernard up with a second containment area at a cabin in the Blue Ridge mountains of Northern Georgia. To ensure his safety, Mathew made his boundaries there much smaller to avoid encounters with bears and cougars. Though this map is bit more restrictive than the one at home, Bernard still very much enjoys walking the hills and woods with his companion, discovering anything and everything that he can.

Bernard is loving his life off-leash exploring the wilderness, being sure to keep himself busy at all times. Mathew will often catch him digging holes in the woods or trying to pull down low-hanging tree limbs. Lucky for this pup, he gets to take a dip in the pool whenever he needs to cool off. Being the very obedient dog that he is, he will lay on the steps and won't actually go swimming until his owner tells him that he can. Mathew will either toss a ball into the pool or jump in himself. As soon as Bernard sees that, he takes it as a green light!

Being trained to a system that can be taken anywhere, Bernard has many new and exciting adventures to look forward to, like camping! When he is a little older and calmer, his owner is looking forward to taking him on the river with him in either a canoe or on a float. 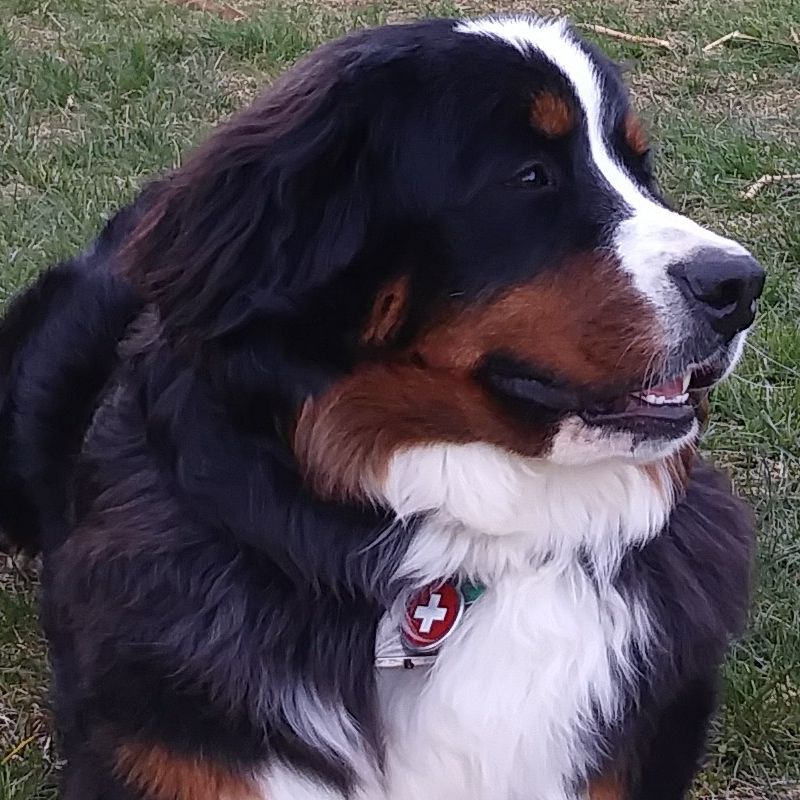 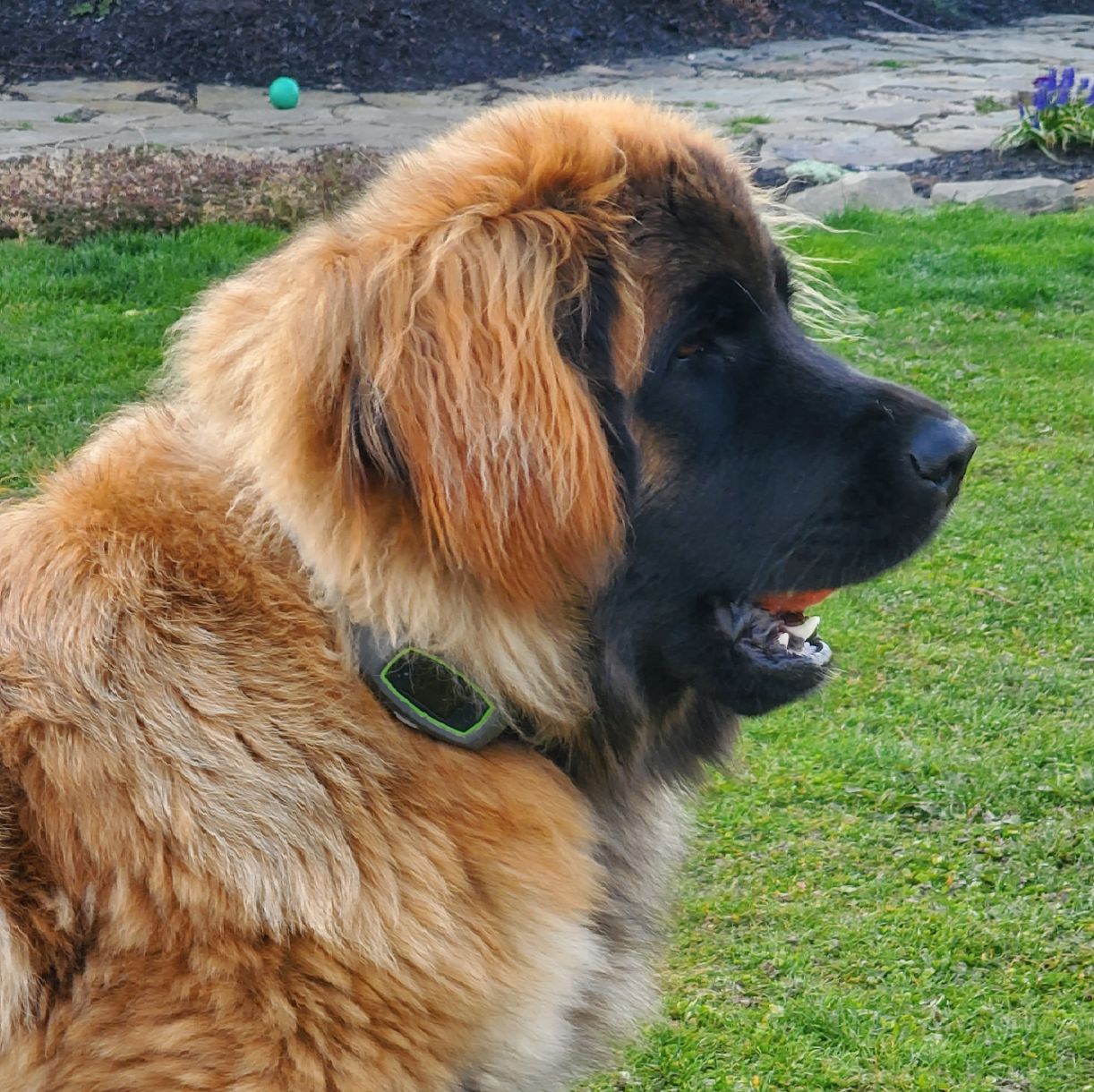 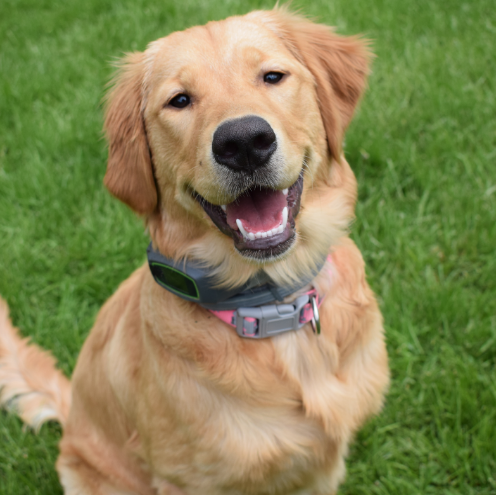 
Myla’s love extends to everyone, not just her family, the Houcks; whenever someone pulls into the driveway...