No More Wanderlust for Wandering Willow, the Great Pyrenees 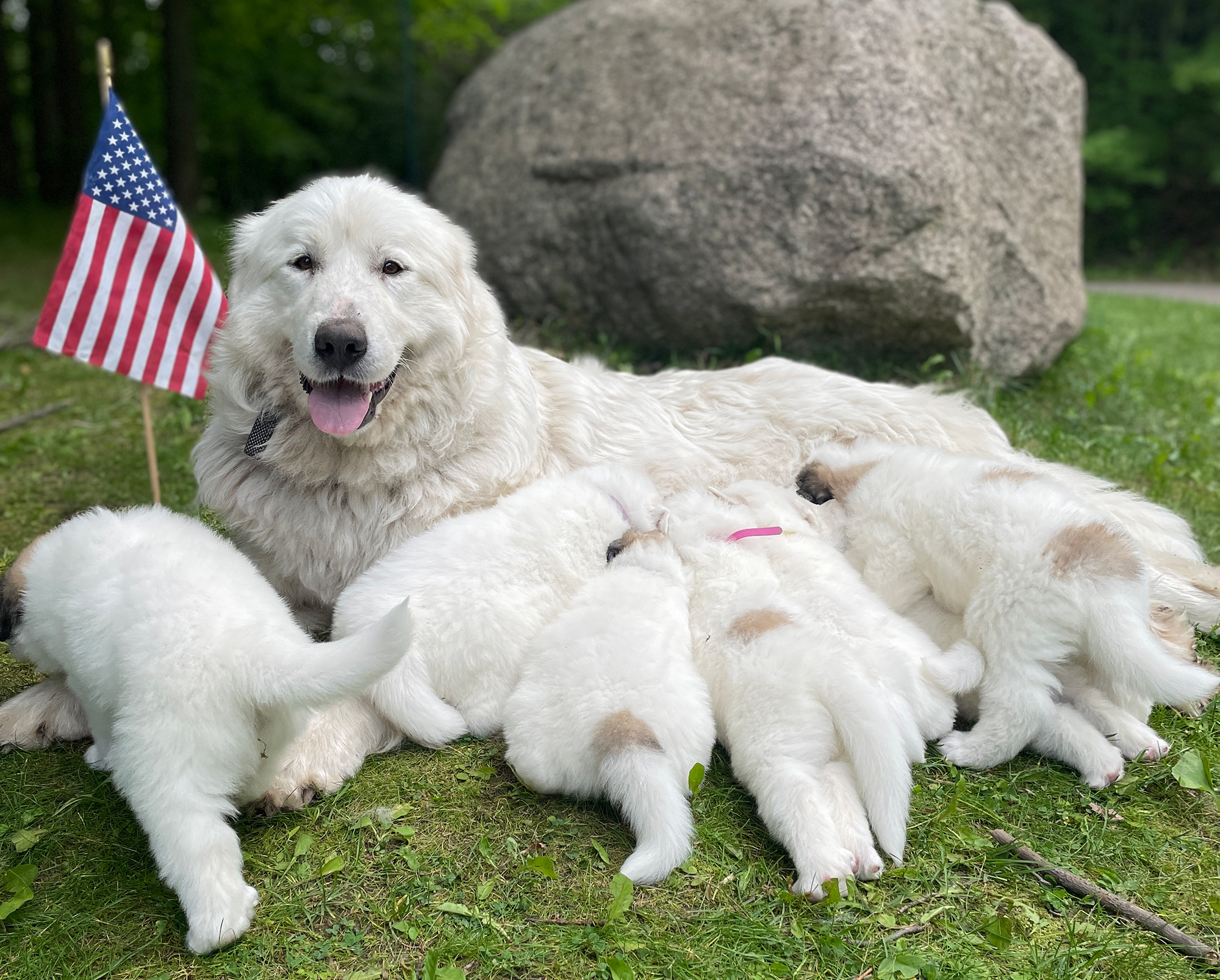 Willow is a 3 year old Great Pyrenees, and a busy new mom of 9 ridiculously cute puppies. She is sweet, loving, loyal and extremely smart. 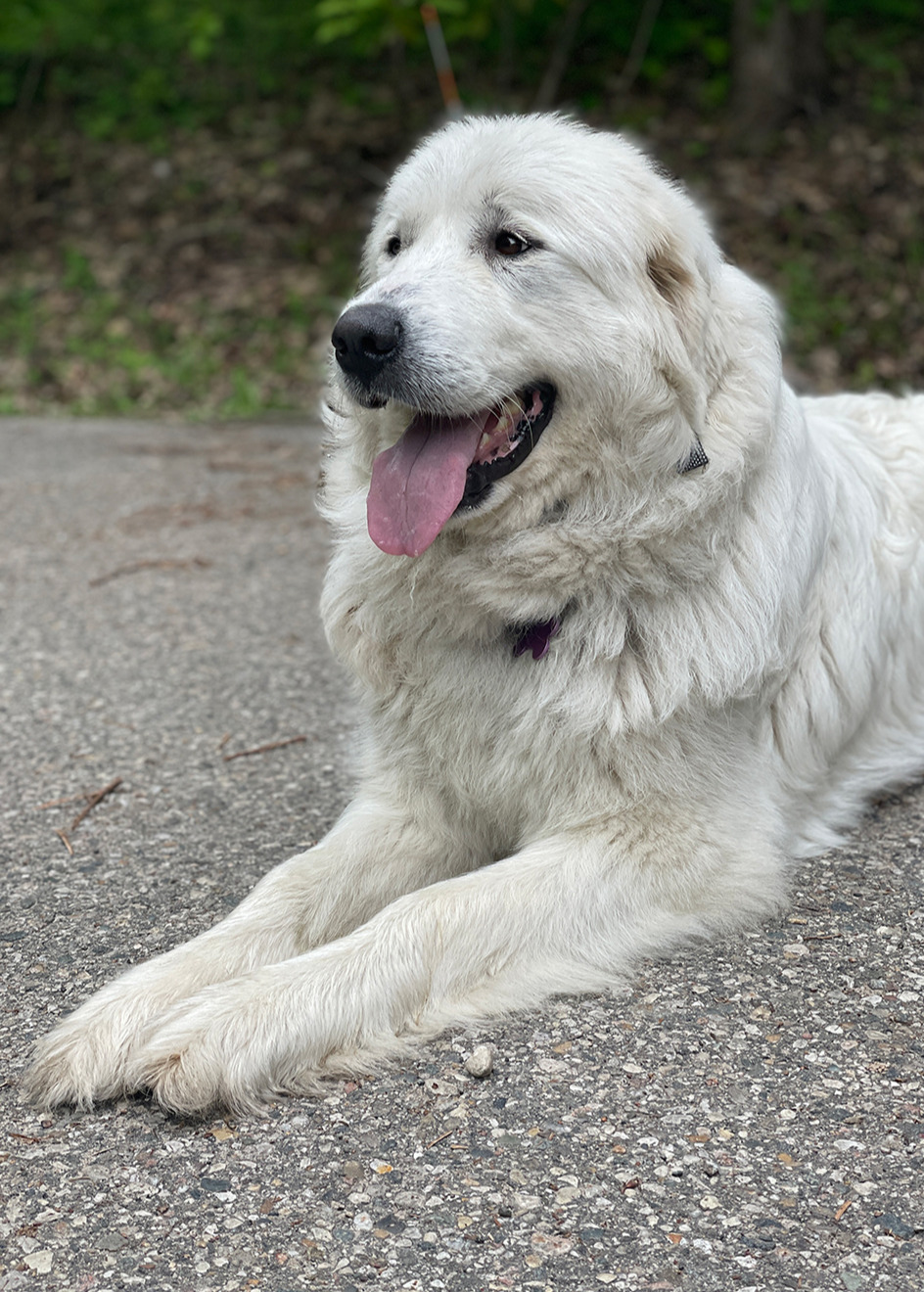 This cuddly and fun-loving girl is a new addition to the family, and a lucky girl indeed, now in a happy home full of loving pet parents, kids and furry friends. Willow was adopted (though more like rescued) from a sketchy breeder situation, and had already had several litters of pups at the age of 3.

Her new pup parent Haley wanted to get her spayed right away, so she didn’t go into heat and attract dogs or the more threatening coyotes in the area. She was in for a big surprise… After dropping Willow at the vet to be spayed (and ignoring the quick ‘what if she was already pregnant?’ thought that flashed in her mind based on Willow having gained a few pounds), the vet called to say they had to stop the procedure. Willow was indeed pregnant, and a week away from delivering puppies.

So for now, super busy homesteader Haley has 10 dogs, in addition to her several kids, and a farm full of animals.

As a Great Pyrenees, Willow is a Livestock Guardian Dog, bred to live outside with the livestock. She is serious about and dedicated to her job of protecting her outdoor, furry family, which includes 6 goats, 70 chickens, Guinea fowl and quail.

Despite living outside, Willow is also a devoted family dog that loves her family and is very protective of them. She closely patrols her four (human) kids when they are outside. According to Haley; ‘She is amazing when it comes to our kids. Very protective.’ 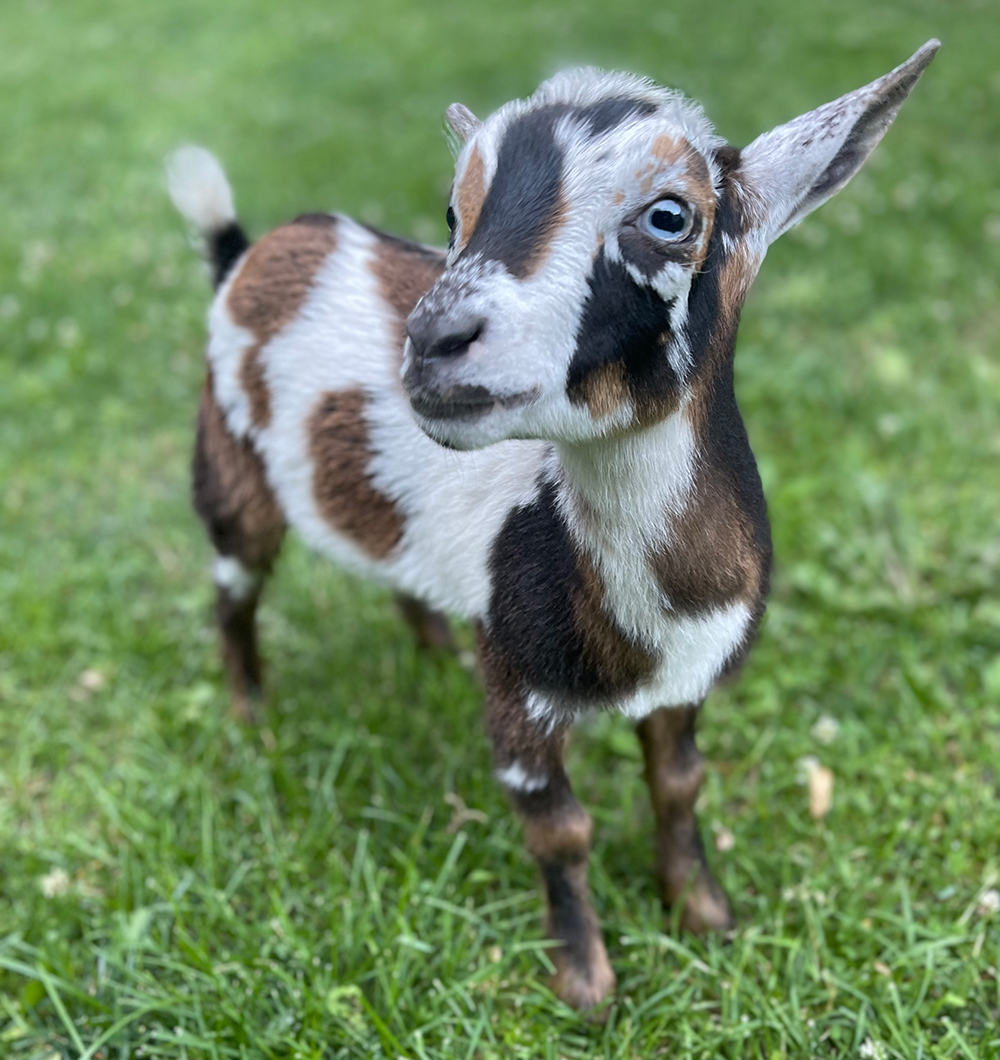 Willow the wanderer is also an escape artist…

‘We couldn't leave her out unattended for long, as she would wander off to adjacent properties. She stuck around for the most part, until she didn't want to anymore!’ - Haley, Owner

Before SpotOn, when the family adopted Willow, the plan was to have her live in their electric fenced area with the goats. That did not work out as planned. She was determined to run free around the property with the other animals and kids. And she outsmarted the electric fence to do so. Did we mention she’s extremely smart?

The family lives on a 13 acre homestead, which made not being able to contain Willow very nerve-wracking.

It was stressful trying to keep her around. I had to have her leashed, which we both didn't like. She'd always come back, but I didn't want her to bother or scare the neighbors. 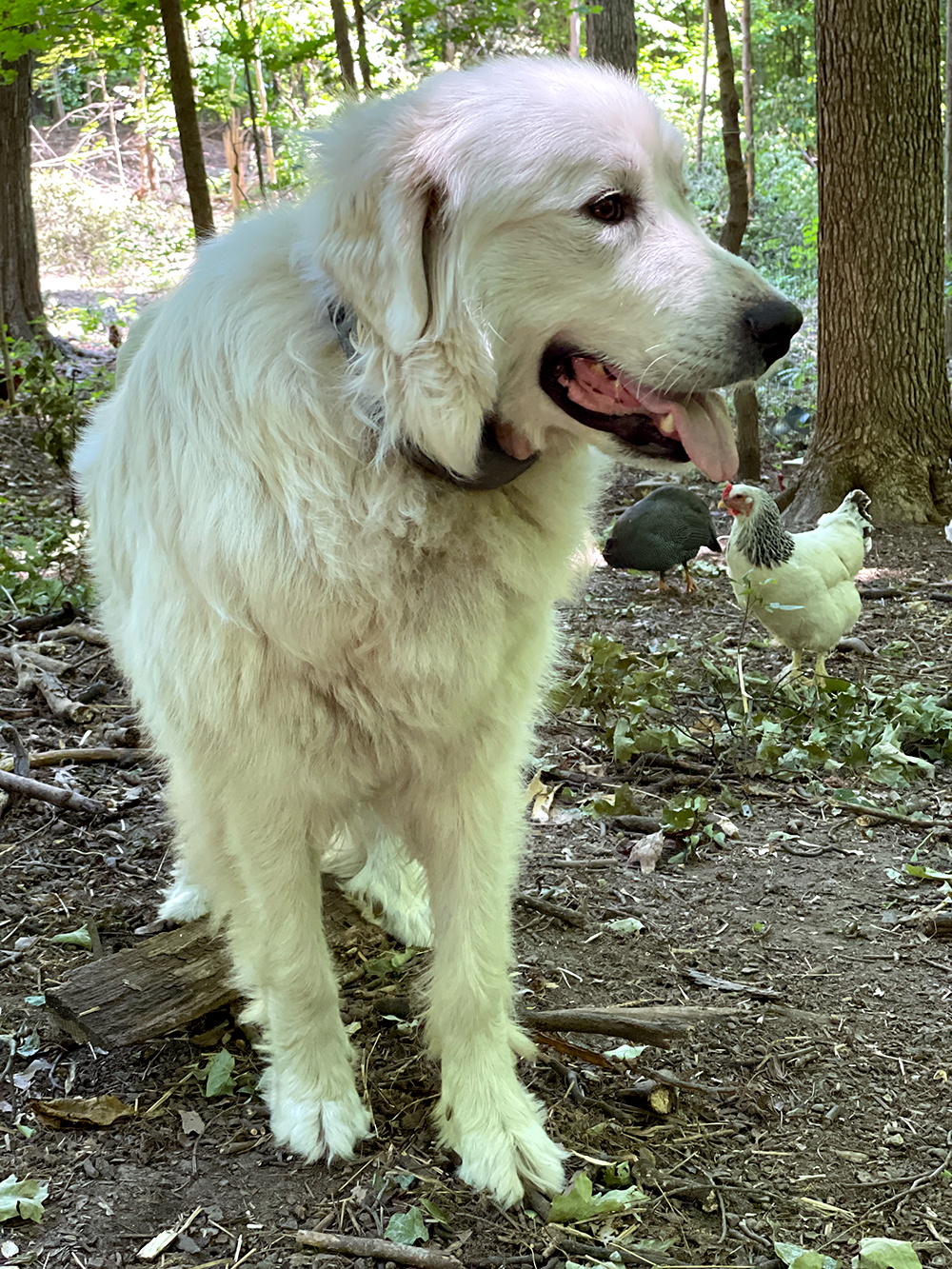 Since SpotOn, their relationship with Willow has changed, and they are all much happier.  They have now made a 6 acre fence for Willow, and she’s been trained to her boundaries easily. She LOVES being outdoors, and is much more relaxed and happy doing her job!  Her favorite thing to do is run around the perimeter of their property doing her job. And nap under logs in her spare time for some R&R.

She does not enjoy being stuck inside. Out in the woods is her happy place. She has broken out of every enclosure we have tried. I can’t even believe it.

Not having to spend thousands of dollars to fence in an awkward area of their property, and the ease of setting it up. Plus, the family lives on a wooded farm, so the Forest Mode feature (designed to ensure the best possible GPS reliability under trees, brush, or bushes) was the clincher! Her favorite features? Seeing fences build as she walks. And the biggest benefit of all:

‘My dog now stays in the yard. And letting her be outside full time, which is what she wants.’ 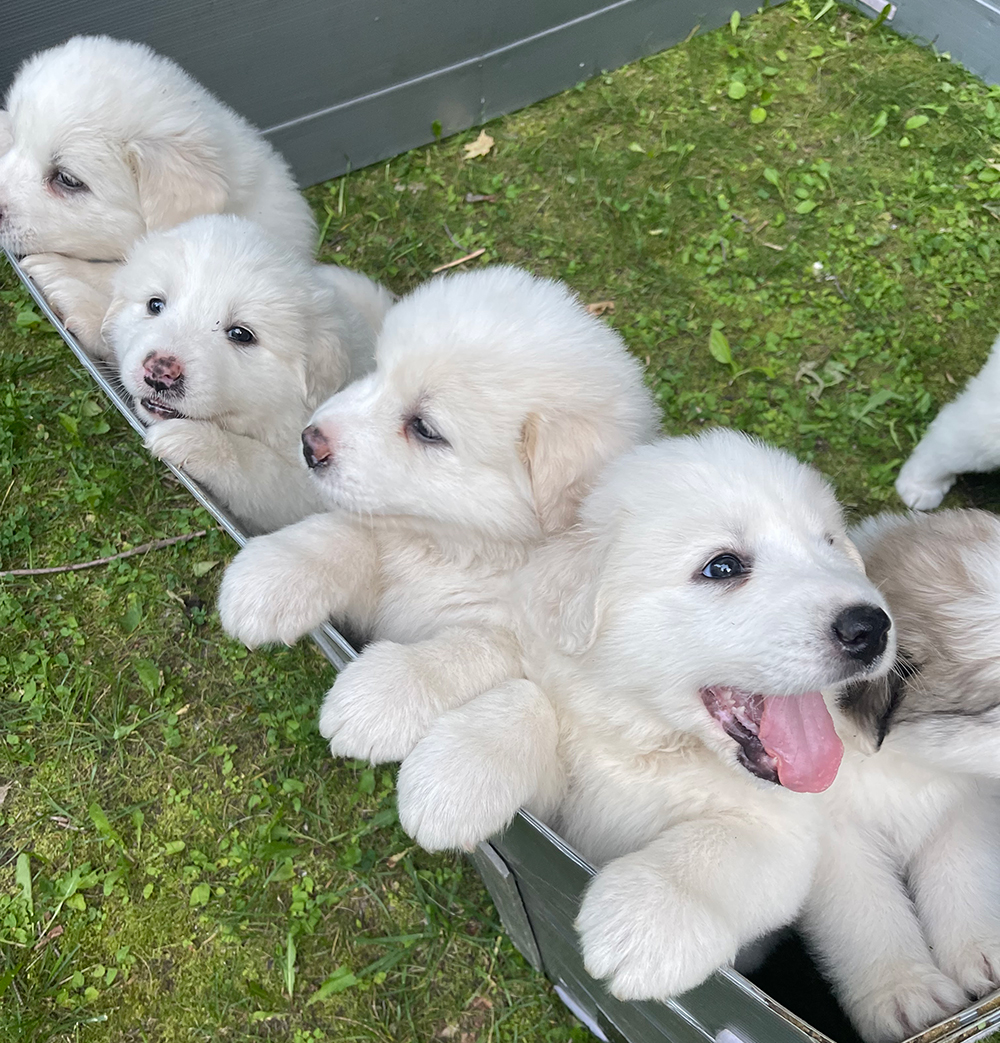 Did we mention the family currently has 10 dogs? In case you’re curious where all the puppies are going (we were), some are going to family members, and some to people who have reached out after hearing Willow’s story. They may keep one if the kids get their way. 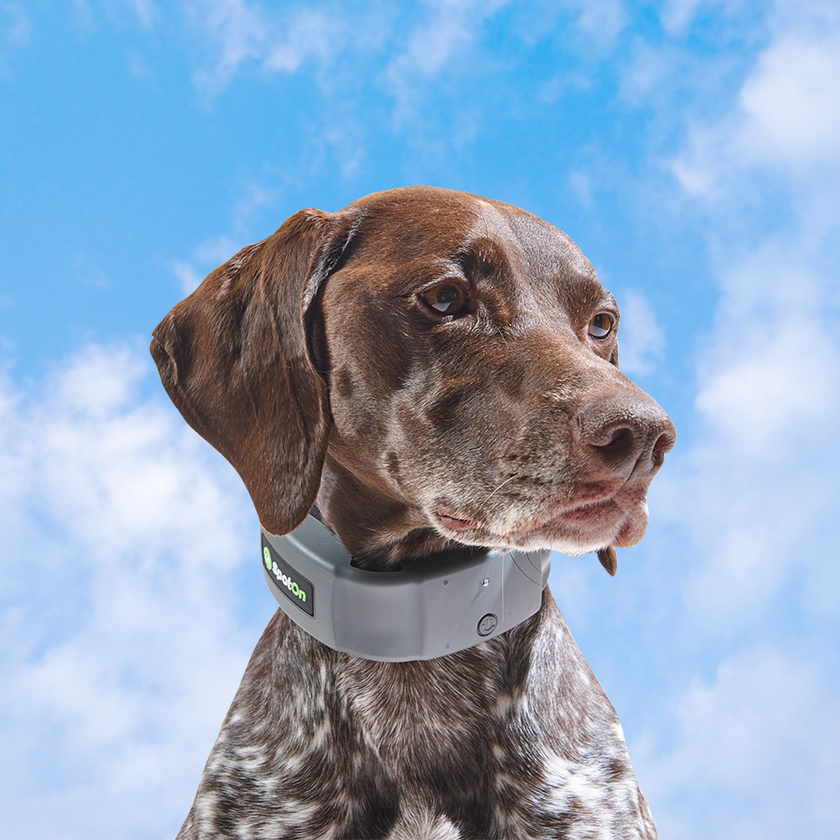 Finn’s Story: The World is Her Backyard
Meet three-year-old German Shorthaired Pointer Finley, known to her family and friends as Finn. 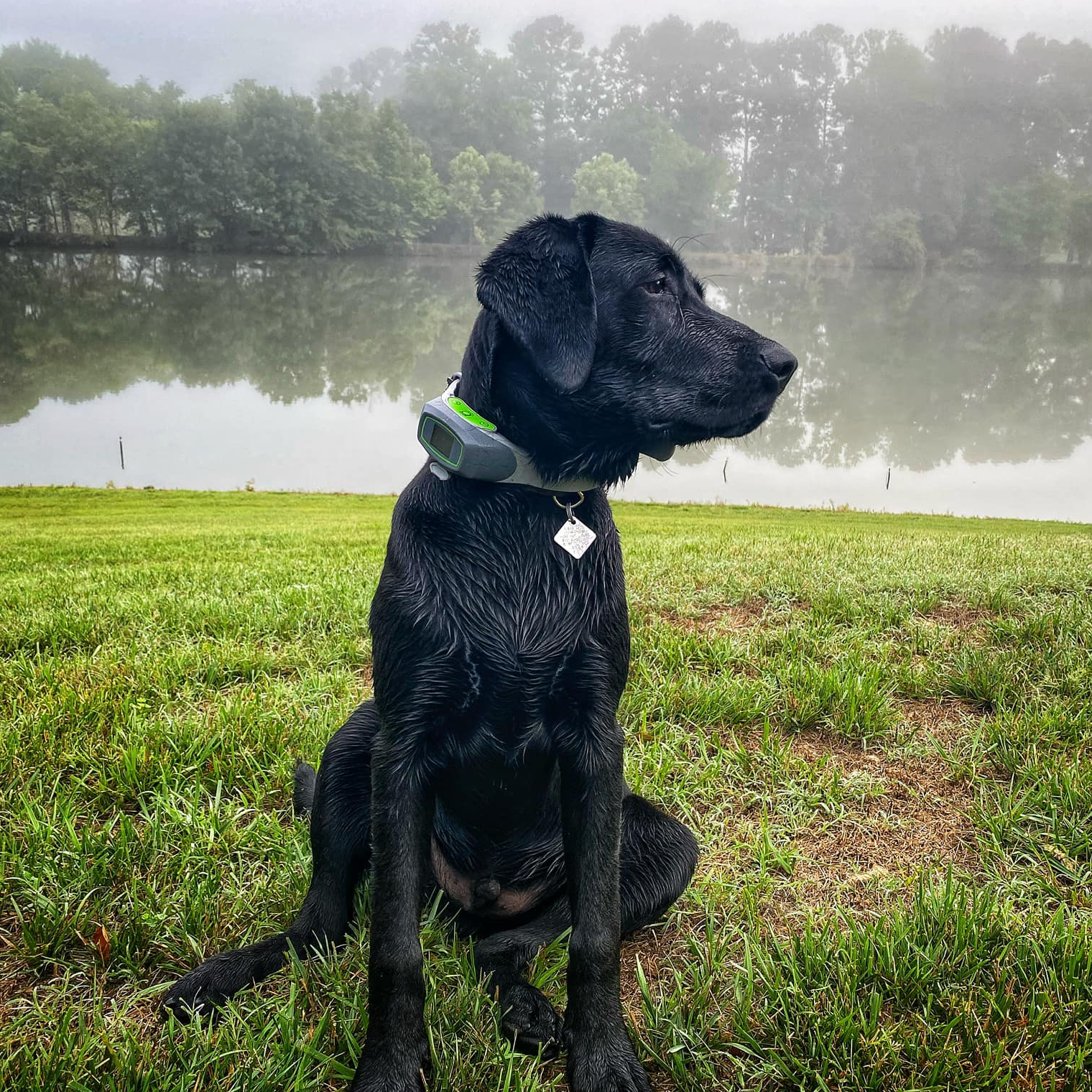 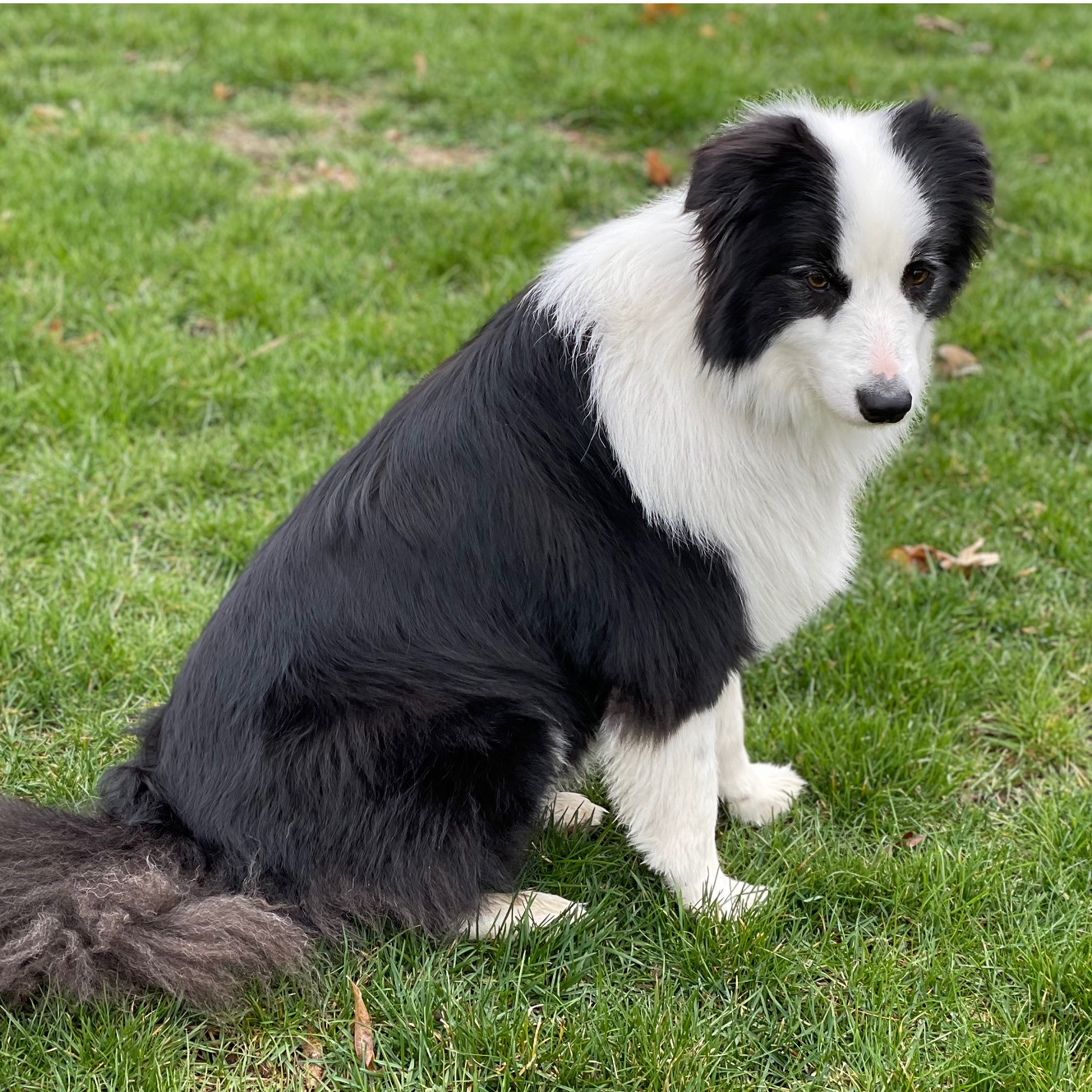 From herding cars to roaming off-leash
Before SpotOn, Minnie would visit the neighbors’ yards often and chase cars! Now, with SpotOn, she can safely play…